The 2017-2018 season includes: • As You Like It September 28 - October 15, 2017 • Wilderness November 16 - December 3, 2017 • The Skin of Our Teeth February 1 - 18, 2018 • FourPlay: New Work by Excited Writers March 14 - 25, 2018 • The Risky Nights Series October 11 - 16, 2017 March 19 - 25, 2018 For more information, contact Studio 58 at 604.323.5227 or visit their website at . Work hard. Play harder. ATHLETICS & INTRAMURALS Catch a show. STUDIO 58 LANGARA FALCONS Since 1970, Langara’s Falcons have attracted some of the top athletic talent from within British Columbia and across Canada. The Falcons compete in the Pacific Western Athletic Association (PACWEST) in basketball, golf, and soccer and are consistently recognized as one of the top athletic teams. Over the past four decades, the Falcons have racked up an impressive number of achievements, including: • 25 National Championship Titles • 168 Provincial Championship Titles • 366 PACWEST Provincial All-Stars • 18 Provincial Aggregate Trophies • 82 CCAA All-Canadians • 28 CCAA Academic All-Canadians INTRAMURALS Interested in recreational sports? Intramurals might be for you! We’ve got basketball, badminton, volleyball, tennis, indoor soccer, and more. It’s a great way to meet new friends, have fun, and get some exercise. Check online for the gym schedule at . The 51st season in 2016 came to a spectacular close with two Studio 58 productions, 42nd Street (that broke box office records) and The Refugee Hotel written and directed by award-winning author and playwright (and Studio 58 graduate!) Carmen Aguirre. Studio 58’s 52nd season once again offers great learning experiences for our students and great plays for our audiences. The classic Shakespeare comedy As You Like It which deals with the trials and tribulations of young love will open our season. A 100% contemporary take on the trials and tribulations of today’s youth, Wilderness , follows. In the New Year, the trials and tribulations of humanity are explored in the American classic comedy The Skin of Our Teeth . Who knows what trials and tribulations our student writers will explore in FourPlay . With the addition of two Risky Nights productions, we invite you to join us for another outstanding season of theatre. VIEWBOOK 2017-2018 29 28 #THISISLANGARA Photos by David Cooper and Emily Cooper

VIEWBOOK 2017-2018 31 30 #THISISLANGARA Money matters. COST OF TUITION Langara has some of the most reasonable tuition rates in the province. If you’re a typical domestic student taking a full course load (15 credits per semester), your tuition will be about $1,400 per semester. Most college students are also eligible for perks like a flexible, all-zone U-Pass BC Compass Card, and a very reasonable Langara Students’ Union health and dental plan. SAMPLE COST BREAKDOWN These are the current fees for 2017/2018. Visit for the most up-to-date information.

Learn more about As You Like It with Course Hero's FREE study guides and infographics!

Most Popular Documents for COMMUNICATION MISC 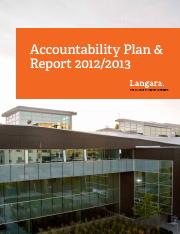 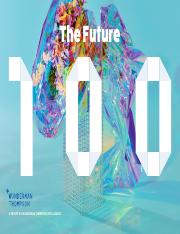