First, this essay explains how globalization engenders greater religious tolerance across areas such as politics, economics, and society. Second, it explains that as globalization does so, it also disrupts traditional communities, causes economic marginalization, and brings individuals mental stress, all of which create a backlash of religious parochialism. Third, although globalization paves the way in bringing cultures, identities, and religions in direct contact, this essay also explains that globalization brings religions to a circle of conflicts that reinforces their specific identities. Finally, using three paradigmatic individuals and their use of religious ideals in their human rights work, this essay provides some suggestions on how not just religions but humanity can use existing religious principles as ways to overlook religious and cultural differences. Globalization Engendering Greater Religious Tolerance Globalization brings a culture of pluralism, meaning religions “with overlapping but distinctive ethics and interests” interact with one another.[15] Essentially, the world’s leading religious traditions—Hinduism, Buddhism, Judaism, Christianity, and Islam—teach values such as human dignity, equality, freedom, peace, and solidarity.[16] More specifically, 2/15

religions maintain the Golden Rule: “what you do not wish done to yourself, do not do to others.”[17] Therefore, through such religious values, globalization engenders greater religious tolerance in such areas as politics, economics, and society. In political areas, globalization has built global political forums that integrate cultural, ethnic, and religious differences—ideologies that were once perceived as dividing the world— through a large number of international organizations such as the United Nations (UN) and the World Health Organization (WHO), as well regional organizations like the European Union (EU), the Organization of the Islamic Conference (OIC), or the African Union (AU). When discussing issues such as international peace and security, health issues, poverty, and environment, these organizations generally share many of the same basic commitments as religious traditions—mainly peace, human dignity, and human equality, as well as conflict resolution in which they actively engage in negotiation, mediation, and diplomacy.[18] In addition to these political organizations, religious communities such as the Roman Catholic Church, the World Council of Churches, and the Jewish Diaspora also take part in international affairs.[19] For instance, they have taken part in events such the Jubilee 2000, an international effort advocating for cancelling Third World debt by the year 2000, and the World Faiths Development Dialogue, an effort of international faith leaders along with the World Bank to support development agendas corresponding to the UN’s Millennium Development Goals.[20] Furthermore, religious organizations have, themselves, been involved in interreligious dialogue. The Parliament of the World’s Religions of 1993, first

Most Popular Documents for RELIGION 1175 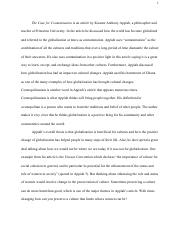 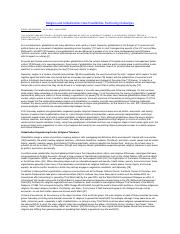 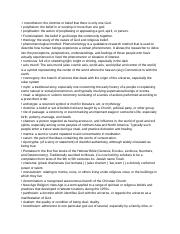 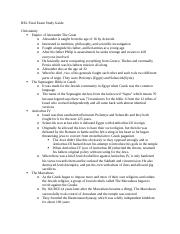 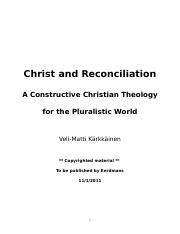 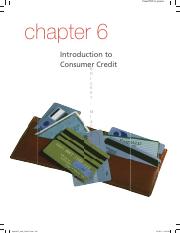