436 were mentioned.] .The aspect of ,a word to the eye is not so important as the sound of the word. Moreover the proper test of visual confusion is not to compare the marks. together, but to consider the confusion resulting from. seeing the second mark 50 Downloaded from by Makerere University user on 03 September 2019

VoL XLIX. J REPORTS OF PATENT, DESIGN, AND TRADE MARK qASES~ 209 , [:NO. 6._ In the Matter of an App1lication by Alex. Pirie & Sons Ld.,to reqieter a T:rade l.lfark. some time after having seen the first. It is difficult, if not impossible, to get- evidence of such confusion because a man who believes the second mark to- be. the same as the first does not realise that he has been deceived. The way in; which the marks are used is irrelevant ; a mark may be used not only on; but 5 in connexion with the goods. It is a matter of common knowledge that packets of paperar·e labelled with the trade ffi,ark.The proper person to consider is the unw,ary purchaser. It is not necessary that the person likely, to be deceived· should have seen the Opponents' mark. [Kerly oniT'rade Marks, 6th Ed.p; 300, and J.B. Stone&:' Co. Ld., v. St eelace 4fanufa,cturing 00.' 10 Ld. (1929) 46 R,.P.O. p. 406 were referred to.] One cannot oscapcfnfr ingemeut by taking a ,register,ed mark and adding to it. [Section. 39 of the T.rade Marks Acts, 1905-1919, was referred to]. The Registrar and Mr. Justice, Clauson. both held that, there was a. reasonable probability of confusion, If the Oourt holds that the Applicants have not establ ished that there is no reason- 15 BIble probahility of confusion, .then Section 21 of the Trade Marks Acts,' 1905-1919, must be considered. [Kerly on Trade Marks 6th Ed. p. 3Q4 was-referred to], Section 21 is intended to' deal in a business-like way with eases where there is probability of confusion. Three things must,beconsidered: (i) the nature of the marks, (ii) the goods to which the marks are to he applied, and (iii) the 20 circumstances of the proposed user. [Australian Wine Importer's Trade Ma'rk~ (1889) 6 R,.P.C. 311 was referred to]. There ,may be cases where registration under Section 19 would have to be refused but where it is desirable that registration should be effected. A discretion to allow registration in such cases, coupled with a power to impose conditions was given to the Oourt by 25 Section 21. The Section was intended to deal with cases of hardship. It is submitted that the Court will hesitate to exercise its discretion in the Applic- ants' favour in this case. The Trade -Ma.rks Act, 1905, gave a discretion to theOourt alone; the discretion was not given to the Registrar for fourteen years, i.e. until the Trade Marks Act, 19 119. The Registrar has disregarded the 30 canons laid down in Notes of Official Rulings, 1929 (A) reported in (1929) 46 R,.P.O. App. p. (i). [Maeder's Application (1916) 33 R.P.O. 77 was referred to]. The circumstances of that case where peculiar: there was twenty-five years user of the mark sought to be registered and, the Opponents did not object to the proposed registration. [Application of Compagnie Lnduetrielle 35 des Petroles (the Motricine case) (1917) 24 R.'P.O. 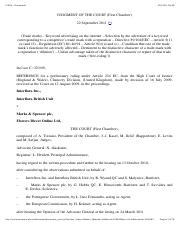 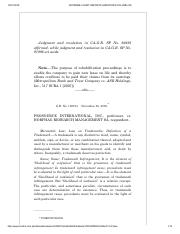 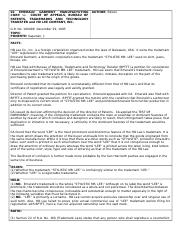 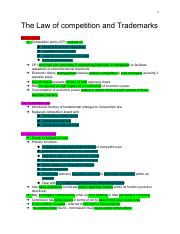 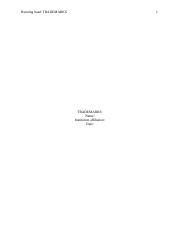