A very environmentally conscious and dependent people, the Bougainvillean landowners opposed the mine’s establishment as it generated substantial ecological damage by poisoning rivers and destroying agricultural foundation for a population who relied heavily on subsistence farming. Many locals were forced to relocate which shifted landholding patterns, increasing disparity, and fueled further animosity between clan lineages. The mine’s construct also invited an immigration of outsiders, primarily Papua New Guineans, to a traditionally egalitarian Bougainville “competing for land and economic opportunities, undermining culture, and causing crime” 3 further straining the relationship between actors. As a final straw, the majority of mining profits were given to the parent mining company in Australia which provided support for the new Papua New Guinean government. The Bougainville people were not offered adequate compensation for the mine’s detrimental impacts, and they were given less than a 1,000th of the mine’s profit. 4 It “was not until 1974, and in the context of political confrontation...[in the face of an attempted secession] that the national government agreed to provide Bougainville as a whole with a share of the mining royalties” 3 which equated to less than a six percent share. The insensitivity towards the Bougainvilleans’ malaise left them feeling exploited and helpless. A mine employee, Francis Ona, implored that the Bougainville people be given adequate royalties and the mine’s damaging effects receive further consideration and discussion. The government blatantly ignored Ona’s pleas, and in late 1988, after witnessing the flagrant denial of river poisoning in company reports, he resigned from his job, headed into the rural forest, and began the formation of the Bougainville Revolutionary Army. Under Ona’s leadership, the 3 Ballentine et al. , The political economy of armed conflict: beyond greed and grievance , p. 140. 4 Dom Rotheroe, Director, The Coconut Revolution , 2001.

Bougainville Revolutionary Army began sabotaging the mining company’s operations with a variety of guerilla tactics that led to its eventual closing in 1989. 5 Combined with unabated tensions outlined above, this threw the region into insurgency. Violence erupted, and Papua New Guinea sent in riot police to quell the chaos; however, the police’s indiscriminate and inhumane treatment of Bougainvillean communities resulted in increased backlash and strengthened local support for Francis Ona. While a secessionist cause was not part of Francis Ona’s original interest, the redistribution of mining revenue, he adopted it into the Bougainville Revolutionary Army’s agenda. Papua New Guinea sent in a new group called the Papua New Guinea Defence Force which were supposed to have greater expertise and finesse than the riot police; however, the brutality continued as their actions were not monitored nor accounted for. 6 Once they realized they could not win the war on the ground, Papua New Guinea 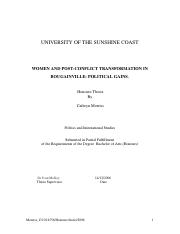 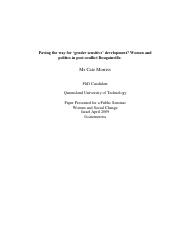 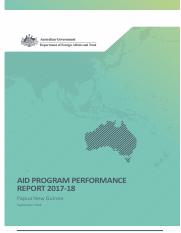 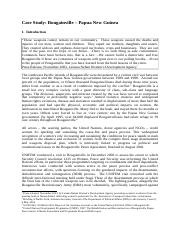 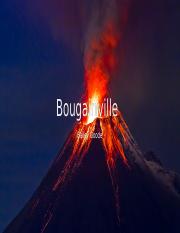 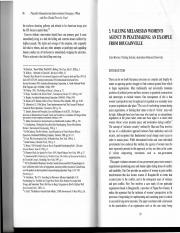