The employment acts 1980 and 1982 largely dismantled

employment protection, particularly in relation to unfair dismissal. The Employment Acts 1980 and 1982 largely dismantled the 'minimum condi- tions' props to collective bargaining- the latter being completely side-stepped by legislation imposing a pay settlement in the case of the teachers' pay dispute in 1987. The Employment Acts 1980 and 1982, and the Trade Union Act 1984 collectively chopped back union immunities in relation to industrial action, with restrictive clauses, in particular, on picketing, secondary action, action to extend recognition and negotiation, the definition of trade disputes, dismissal of strikers and strike ballots. Similarly, the 1982 and 1984 Acts, by imposing liability on unions in tort, undermined union strength and security. The same effect was aimed for in the 1980 and 1982 Acts, by the attack on the closed shop (or as the government saw it, freeing a 'conscript army' of unionists). In the same spirit, the 1984 Act sought to 'democratise' internal trade union affairs by compelling ballots in trade union elections and over the continuance of the political levy. The Employment Act, 1988 placed further restrictions on trade unions with respect to balloting before industrial action and the election of officials and declared the post-entry closed shop unenforceable. The Employment Act, 1990 made the pre-entry close shop illegal and placed further constraints on industrial action. Finally, the Trade Union Reform and Employment Rights Act 1993 strengthening balloting and notification provisions with respect to industrial action, weakened the 'check- off' system and abolished the majority of the wage councils. Little by little unions' freedoms and immunities with respect to industrial action and civil redress and the supports for recruitment and healthy finances have been whittled away (see Chapter 8). Gone was the image of trade union leaders walking the corridors of power in Whitehall and enjoying 'beer and sandwiches at No. 10'. Consistently, in the early-mid 1980s, the government refused to discuss economic issues with the Trades Union Congress (TUC). Instead, in the public sector, it lent ideological and financial support to managements' attempts to reassert control, at the risk of prolonged strike action (1984 dispute at the Department of Health and Social Security (DHSS) in Newcastle, the coal miners' strike 1984-5, the Railtrack dispute in 1994). Individuals' membership of unions, in

What is human resource management? 83 special cases, was considered as incompatible with their status as employees (Government Communications Headquarters (GCHQ) dispute); some 'mili- tant' unions, notably the National Union of Mineworkers (NUM), were presented as led by demagogues threatening democracy and their 'defeat' celebrated as a victory against 'the enemy within'. In a nutshell, successive Conservative governments have sought to marginalise trade unions through restrictive legislation, strike defeat, unemployment and the ending of their role in policy-making bodies. 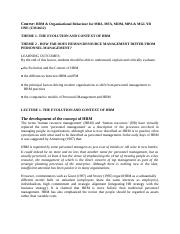 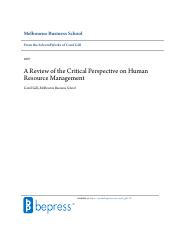 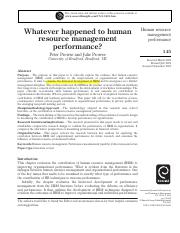 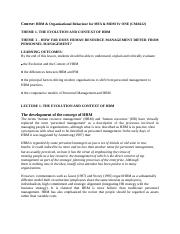 EVOLUTION AND CONTEXT OF HRM.doc 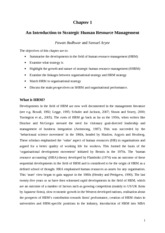 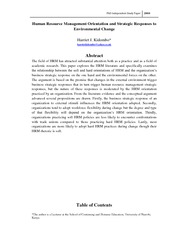