Symbol of republican florence and the citys freedom

 Symbol of Republican Florence, and the city’s freedom from foreign and papal domination and freedom from the rule of the Medici family as well. In 1504 the finished sculpture was moved out of the Opera del Duomo at 8 pm. It took 40 men four days to move it 600 yards. It took 20 more days to raise it onto the platform. At night stones were hurled at the sculpture by supporters of the Medici family. 1512 - Medicis returned to power, but David had become a symbol of Florence so it wasn’t moved. Another group objected to its nudity, so a copper skirt of leaves was added. 1873- it was removed to protect it from elements, replaced with a cast. Subject: Religious (Christian) subject = David’s triumph over the giant Goliath. **Shows moment right before the battle , he has just seen Goliath in the distance and is about to move into action. Pose shows tense anticipation. **This shows that the mind is at work and shows interest in the anticipation of the battle. Style: Revival of Greek Classical style:  Contrapposto – shows weight-shift, more natural position of body. (Contrapposto was copied & admired by Italian sculptors of the Renaissance, who gave it its name & saw it as the epitome of human representation – revealing harmony & balance of human structure.)  Nudity and naturalism– revived from Classical sculptures. Not classical proportions - hands are large, veins & muscles bulge from beneath the skin.  Pose and tension in the muscles reveals the psychological intensity of the moment. Compare/contrast: Donatello, David, 1430 Michelangelo, David, 1501-04 Subject: young, adolescent David (nude) muscular, slightly older David (nude) Size lifesize monumental size (13 ft. tall) Moment: after the battle , stands in triumph moment right before action Pose: contrapposto , but relaxed, at ease contrapposto , muscles tensed Expression: deep in thought, sensual furrowed brow, psychological tension Patron: Medici family in Florence Public group to embellish Florence w/art Location: private courtyard of Medici villa Originally public square Purpose: symbol of Florence’s victory over Milan symbol of freedom of Florence from Medici rule, foreign rule, and popes rule Michelangelo, Tomb of Guiliano d’Medici, 1526-1533. San Lorenzo, Florence, Italy.  commission for the Medici Chapel in 1520 from the Medici Pope Leo X (1513-23).  wanted to combine the tombs of his younger brother Giuliano , Duke of Nemours, and his nephew Lorenzo , Duke of Urbino, with those of the "Magnifici", Lorenzo and his brother Giuliano, who had been murdered in 1478; their tombs were then in the Old Sacristy of San Lorenzo.  Pope allowed Michelangelo a great freedom in his task.  Not much of this vast plan was in fact carried out,  Each of the Dukes' tombs is divided into two areas, and the border is well marked by a projecting cornice.

Most Popular Documents for ART MISC 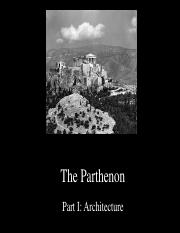 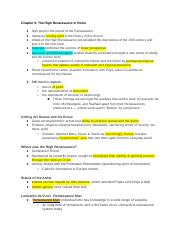 Chapter 5: The High Renaissance in Rome 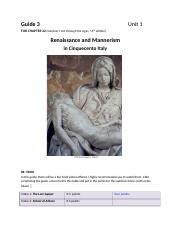 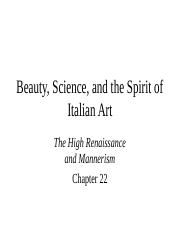 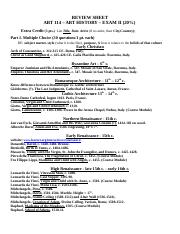 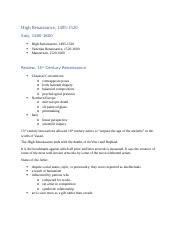