However since it was gregorys own intention that we

needed. However, since it was Gregory‘s own intention that we complete this manuscript together, I decided not to follow the route of the disengaged editor, so I have corrected and made minor alterations in his sections as needed. The original manuscripts will, of course, be preserved, so that if the work proves to merit that kind of attention, someone someday can write a monograph about the differences between manuscripts and published text that incorporates the work of us both. I will limit my scrupulosity to the preservation of the sources. After some hesitation, I decided to supplement the materials Gregory had designated for possible use in this book by [[p_003]] drawing extensively on his other writings, but I have made omissions and choices, as Gregory would have. Material that partly duplicates previous publications, however, has often been retained for its contribution to the overall argument. On the other hand, where my additions or disagreements were truly substantive, I have not prepared simply to slip them in, writing prose that the reader might mistake for Gregory‘s own. This would be to return to the role of amanuensis, the role I was cast in for Mind and Nature , in which I merged all of my contributions in his, as wives and daughters have done for centuries. The making of this book has itself been a problem of ecology and of epistemology, because Gregory‘s knowing was embedded in a distinctive pattern of relationship and conversation. Thus, it seemed important that when I made significant additions, it should be clear that these, right or wrong, were my own. I have chosen to do this partly in the form of inserted sections, set in square brackets, and partly in the form of what Gregory called metalogues. Over a period of nearly forty years, Gregory used a form of dialogue he had developed between ―Father‖ and ―Daughter,‖ putting comments and questions into the mouth of a fictionalized ―Daughter,‖ asking the perennial question, ―Daddy, why …,‖ to allow himself to articulate his own thinking. Over a period of about twenty years, we actually worked together, sometimes on written texts, sometimes in public dialogue or dialogue within the framework of a larger conference, and sometimes across the massive oak table in the Bateson household, arguing our way towards clarity. The fictional character he had created, who initially incorporated only fragmentary elements of our relationship, grew older, becoming less fictional in two ways: ―Daughter‖ came to resemble me more fully, and at the same time I modelled my own style of interaction with Gregory on hers. This was a gradual process. Part of the dilemma I faced in deciding how to deal with the materials Gregory left was that he never defined what he was doing in relation to me. He attributed words to a character named ―Daughter,‖ words that were sometimes real and sometimes imagined, sometimes plausible and sometime at odds with anything I might have said. Now I have had to deal with an uncompleted manuscript left by him, using my own

Most Popular Documents for PHIL 1301 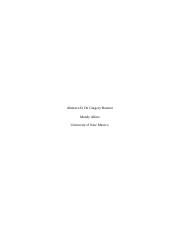 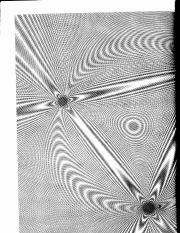 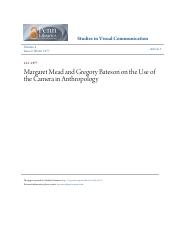 Margaret Mead and Gregory Bateson on the Use of the Camera in Ant.pdf 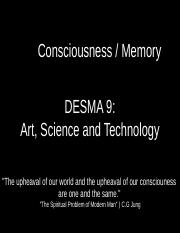 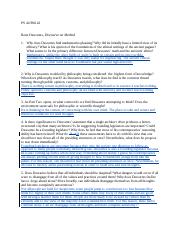 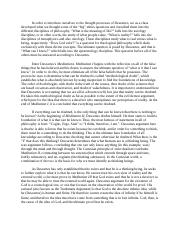