with registered accounts), any of which could make their offerings more attractive to consumers than our services. Further, consolidation among travel service providers, such as Marriott International's acquisition of Starwood Hotels & Resorts, could result in lower rates of commission paid to OTCs, increased discounting and greater incentives for consumers to join closed user groups as such travel service providers expand their offerings. Google's Android operating system is the leading smartphone operating system in the world. As a result, Google could leverage its Android operating system to give its travel services a competitive advantage, either technically or with prominence on its Google Play app store or within its mobile search results. Further, Google is the leading Internet search service and has leveraged its search popularity to promote its travel meta-search services. Similarly, Apple, the producer of, among other things, the iPhone and iPad, obtained a patent for "iTravel," a mobile app that would allow a traveler to check in for a travel reservation. In addition, Apple's iPhone operating system includes "Wallet," a virtual wallet app that holds tickets, boarding passes, coupons and gift cards, and, along with iTravel, may be indicative of Apple's intent to enter the travel reservations business in some capacity. Apple has substantial market share in the smartphone category and controls integration of offerings, including travel services, into its mobile operating system. Apple also has more experience producing and developing mobile apps and has access to greater resources than we have. Apple may use, expand and/or integrate iTravel, Wallet, Siri (Apple's voice recognition "concierge" service), Apple Pay (Apple's mobile payment system) or another mobile app or functionality as a means of entering the travel reservations marketplace. To the extent Apple or Google use their mobile operating systems, app distribution channels or, in the case of Google, search services, to favor their own travel service offerings, our business and results of operations could be harmed. 6

Operations and Technology Our business is supported by multiple systems and platforms, which were designed with an emphasis on scalability, performance and reliability. The platforms are generally independent among our brands, though some systems have become increasingly connected or shared. Our software platforms and architecture use a variety of widely-used software tools and database systems. These internal platforms were designed to include open application protocol interfaces that can provide connectivity to vendors in the industries in which we operate. These include large global systems, such as accommodation, airline ticket and rental car reservation systems and financial service providers, as well as individual accommodation service providers, such as individual hotels. Our applications utilize digital certificates to help us conduct secure communications and transactions, as appropriate. The systems infrastructure and web and database servers of our worldwide operations are primarily 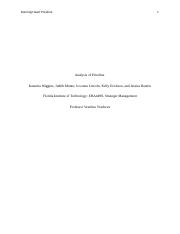 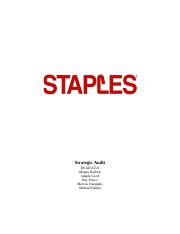 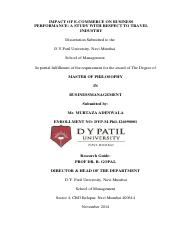 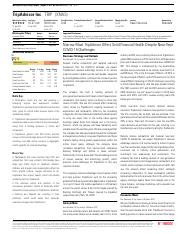