6. Epidemiological studies, including prevalence studies, case–control studies, cohort studies, and therapeutic efficacy studies. 7. Reports of gingival enlargement with any etiology other than “drug‑induced” or of uncertain etiology. Inclusion criteria 1. Case reports and case series publications of DIGO involving human subjects 2. Articles published in English alone between January 1993 and December 2014. RESULTS The primary literature search identified 1757 potential articles. However, by thorough screening of titles and abstracts, and further full text reading, only 86 relevant articles could be identified, which included case reports and case series presentations of DIGOs. Altogether, the number of cases analyzed was 119 [Figure 1]. Reported cases of gingival enlargements were induced by different drugs; CCBs (50/119 – of which amlodipine‑25; [8‑28] nifedipine‑13; [26,29‑40] verapamil‑4; [41] felodipine‑2; [42,43] nisoldipine‑1; [44] manidipine‑1; [45] and unspecified CCBs‑4 [46] ); phenytoin (11/119); [47‑57] cyclosporine (31/119); [35,46,58‑75] phenobarbital (4/119); [76‑78] sodium valproate (3/119 ‑ including one report of congenital drug‑induced gingival hyperplasia); [79‑81] d‑penicillamine (2/119); [82] combination oral contraceptive pill‑lynestrenol and ethinyl estradiol (1/119); [83] vigabatrin (1/119). [84] Cases of gingival enlargement after combination drug therapy have also been reported; a combination of cyclosporine and CCBs (11/119); [35,46,85‑88] phenytoin and phenobarbital (4/119); [54,89‑91] and a combination of phenytoin, cyclosporine, and CCBs (1/119). [92] Two cases of DIGO around dental implants have been reported; one associated with nifedipine use, [37] and other with phenytoin use. [57] DISCUSSION Gingival overgrowth is a frequently encountered, unrelated adverse effect resulting from intake of certain systemic drugs. An understanding of the underlying factors and mechanisms involved might be needful in prevention and therapeutic management of DIGO. Seymour et al . in 1996 [93] suggested that DIGO is multifactorial and that three factors are significant in its expression. They are drug variables, plaque‑induced inflammatory changes in the gingival tissues, and genetic factors. Drug variables From the reported cases in the last two decades assessed in this review, it has been clear that CCBs, cyclosporine, and phenytoin are the attributing drugs for a majority of DIGO cases. Cyclosporine is an immunosuppressant reportedly used in kidney/heart/liver transplant patients to prevent organ rejection. [35,60,61,64‑70,72,74,75] It has also been used for treating aplastic anemia, [58,60,73] psoriasis, [62] and Behcet disease. [71] Cyclosporine is known to alter the metabolism of gingival fibroblasts and also upregulates specific growth factors such as platelet‑derived growth factor B, thereby causing adverse gingival changes such as overgrowth. [6] Cessation of the drug or its substitution by another drug is a definitive step in the management of cyclosporine‑associated gingival overgrowth. Mathur et al . in 2003 [65] reported regression of gingival overgrowth in a renal transplant patient after cessation of cyclosporine. Similarly, V’lckova‑Laskoska in 2005 [62] reported virtually complete reduction of gingival enlargement after

Learn more about Tess of the d'Urbervilles with Course Hero's FREE study guides and infographics! 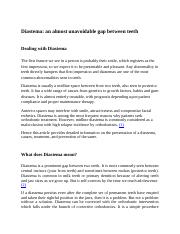 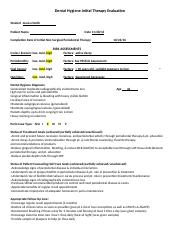 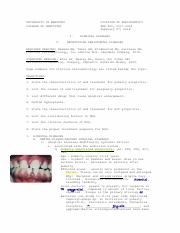 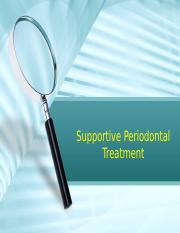 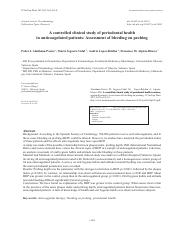 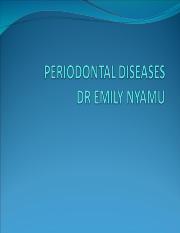