Oih materials represent an important part of the rd

OIH materials represent an important part of the R&D activities and technology portfolio in companies such as Bayer, Boeing GE, Honeywell, BASF, Akzo- Nobel, Sumitomo, ASAHI Kasei, ASAHI Glass, Dow Corning, etc. They are also important in more special- ized enterprises (Henkel, Procter & Gamble, Wacker, Nissan Chemicals, Shin-Etsu, Toppan, Mitsubishi Chemicals, NEPES, Merck, MicroResistTechnologies, etc.). However, the present review is focused mainly on OIHs based on siloxane (i.e., at least one of the precursors used is a siloxane) gels produced by sol–gel- derived methods to improve resistance to oxidation/ corrosion or to modify/activate the surface properties of metallic substrates, taken from studies at an academic level in the past few years (2001–2013). Sol–gel process fundamentals and OIHs classification The sol–gel process is a low temperature synthetic route and is generally used as a chemical route to synthesize OIH materials. It is particularly advanta- geous in the production of coatings as it provides an excellent control of precursor stoichiometry and as there are a large number of precursor reagents with tuned functional groups, a diversity of OIH gels could be produced following the same trends. This process also allows the incorporation of additional components that introduce complementary functions of the mate- rial such as UV protection, antifouling, antireflection, moisture resistance, corrosion inhibition, and adhesion protection. Moreover, the sol–gel process enables coating deposition on substrates with a large surface area involving simple and inexpensive equipment. The definition of sol–gel method itself has under- gone some changes over time. There are many authors with significantly different definitions, for example Dislich 9 considered that the sol–gel procedures are only those that take into account multicomponent oxides which are homogeneous at an atomic level. Under different circumstances, Segal 10 introduced the sol–gel method as the production of inorganic oxides in the form of colloidal dispersion or in the form of metal alkoxides. Others, 11 considered that the sol–gel process was any chemical process whose starting point was a solution resulting in a solid phase whether or not precipitate (even though the system did not result in a strong network). Given the diversity of definitions found, a broader sol–gel method definition was con- sidered 12 : ‘‘every process that starts from precursor’s solutions with intermediate stages including a gel and/ or a sol.’’ To begin the sol–gel process, the chemical compounds known as the precursors (Table 1 ), must be selected and dissolved in a certain liquid solvent (where necessary) where they will be chemically transformed, forming a sol . Sols are stable suspensions of colloidal particles within a liquid.

Most Popular Documents for PKG 221 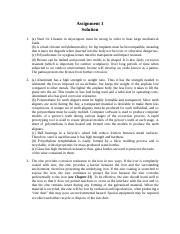 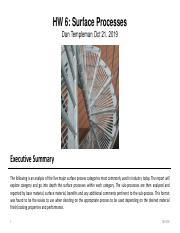 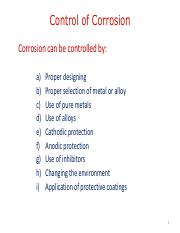 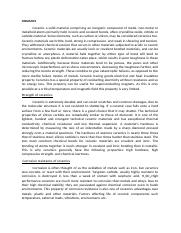 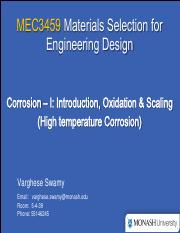