If we combine howards emphasis on disciplined self

If we combine Howard's emphasis on disciplined self-reflection with Bentham's ideas regarding the tech- nology of internalization designed to make surveillance and discipline the purview of the individual prisoner, we can begin to see how such a conception of the prison had far-reaching implications. The conditions of pos- sibility for this new form of punishment were strongly anchored in a historical era during which the working class needed to be constituted as an army of self-disci- plined individuals capable of performing the requisite industrial labor for a developing capitalist system. John Howard's ideas were incorporated in the Pen- itentiary Act of 1799, which opened the way for the modern prison. While Jeremy Bentham's ideas influ- enced the development of the first national English penitentiary, located in Millbank and opened in 1816, the first full-fledged effort to create a panopticon prison was in the United States. The Western State Penitentiary in Pittsburgh, based on a revised archi- tectural model of the panopticon, opened in 1826 . But the penitentiary had already made its appearance in the United States. Pennsylvania 's Walnut Street Jail housed the first state penitentiary in the United States, when a portion of the jail was converted in 1790 from a detention facility to an institution housing convicts whose prison sentences simultaneously be came pun - ishment a nd occasions for penitence and reform.

98 I Dime nsio ns of Culture 2: Justice Walnut Street's austere regime-total isolation in single cells where prisoners lived, ate, worked, read the Bible (if , indeed, they were literate), and suppos- edly reflected and repented-came to be known as the Pennsylvania system. This regime would constitute one of that era 's two major models of imprisonment. Although the other model, developed in Auburn, New York, was viewed as a rival to the Pennsylvania system, the philosophical basis of the two models did not differ substantively. The Pennsylvania model, which even- tually crystallized in the Eastern State Penitentiary in Cherry Hill-the plans for which were approved in 1821-emphasized total isolation, silence, and soli- tude , whereas the Auburn model called for solitary cells but labor in common . This mode of prison labor, which was called congregate, was supposed to unfold in total silence. Prisoners were allowed to be with each other as they worked, but only under condition of silence. Because of its more efficient labor practices, Auburn eventually became the dominant model, both for the United States and Europe. Why would eighteenth- and nineteenth-century reformers become so invested in creating conditions of punishment based on solitary confinement? Today, aside from death, solitary confinement-next to tor- ture, or as a form of torture-is considered the worst form of punishment imaginable. Then, however, it was assumed to have an emancipatory effect. The body was placed in conditions of segregation and solitude in order to allow the soul to flourish. It is not accidental that most of the reformers of 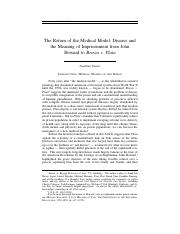 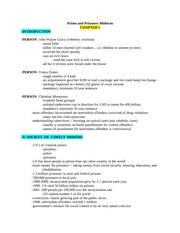 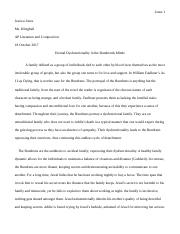 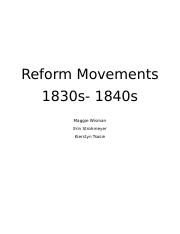 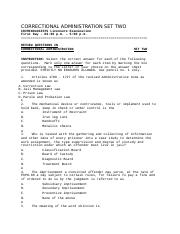 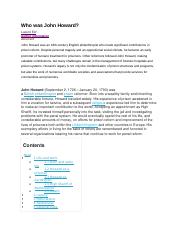