In a similar vein shiva argues that the

In a similar vein, Shiva argues that the ‘‘masculinization of agriculture’’—thecommodification of seed knowledge and the mechanization of farming—adverselyaffects women because women and girls are the majority of local farmers. Their life isbeing devalued while their livelihood is stolen (2009). In both the local example of myco-op garden and the global example of Shiva’s India, women are actively engaged infarming but largely unseen or unrecognized by the culture. Highlighted through myconversation with these farmers, and my own observations as a CSA shareholder, werethe ways that women in farming are largely invisibleexceptas consumers, where theyare overrepresented. Correlatively, this would suggest that the traditional gendereddivision of family labor in the heterosexual household, in which women are assignedthe primary responsibility for procuring, buying, and preparing food, remains largelyintact in the local foods movement on the level of the day-to-day.In relating this to the questions regarding the replication of raced, classed, andgendered cultural patterns in the local foods movement raised in this article, again wesee that while the local foods movement indeed has the ability to reconfigure ecosocialrelationships to others and to place in politically liberatory, environmentally-healthyways, it is not quite the panacea that some proponents tend to proclaim it is; at least notwithout a large measure of self-reflection and attention to racial and class dynamicsthat color, so to speak, society more generally. As with patterns of race relations,discriminatory gendered relations remain remarkably durable despite the genuineability of local foods to unsettle ecosocially oppressive cultural patterns and customs.An ecofeminist-infused philosophy of place highlights the problems, the questions,makes apparent the exclusions and effacements even while it also prefigurativelyenvisions healthier, more egalitarian, inclusive relationships in-and-with place.Conclusion: Liberatory Foodways: Environmental Justice Emerging?Where are we then, in terms of understanding what it is that local foods can andcannot do? Do the ecosocial phenomena explored in these pages mean that those186C. Mallory123
with liberatory commitments, such as a commitment to ending race, class, gender,and other inequalities, should consider the local foods movement to be incapable ofthe kind of social transformation that its proponents suggest? Is it the case then thatwe can consider eating locally to be ecologically virtuous and perhaps solidifying tothe culture already predisposed to participate in it, but not able to significantlychallenge the differential patterns of ecosocial life described in this article? DeLindthinks not, but that we must move beyond our role as trendy, ‘‘politically-correct’’consumers and become engaged with places and food with our whole,embodiedselves, and allow ‘‘the culture and ecology of real places start to ‘be’ us and define 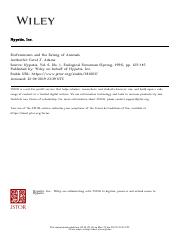 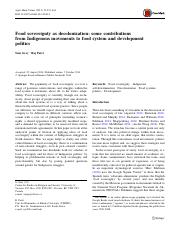 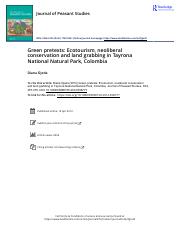 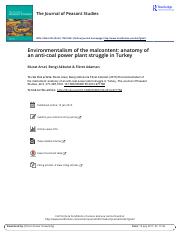 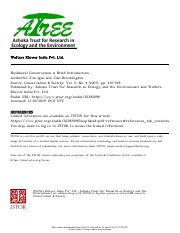 11a - Igoe and Brockington 2007, neoliberal conservation a brief introduction.pdf 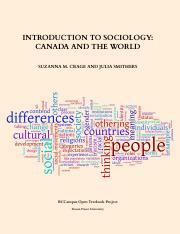