On the labor arbiter rendered a decision23 finding

On April 30, 2008, the Labor Arbiter rendered a Decision23 finding complainantto have been constructively dismissed and awarding separation pay, moral andexemplary damages, and attorney’s fees to respondent. The Labor Arbiter held:x x x Complainant was indeed constructively dismissed from her employmentand she quitted [sic] because her continued employment thereat is renderedimpossible, unreasonable or unlikely.Complainant’s resignation was sparked by her transfer of assignment andeventual placing her [sic] by the respondent company of [sic] a "on floating"status.
x x x [T]here was no x x x evidence x x x that complainant’s transfer was due tothe request of a client. Further, if complainant was indeed remised of [sic] herduties due to her punctuality and attendance problem of committing twelve (12)absences alone incurred in July 2007 [sic], why was there no disciplinary actiontaken against her like reprimand or warning[?]x x x xAnd its effect, complainant is entitled to her claim of separation pay, moral andexemplary damages of P50,000.00 pesos [sic] including an award of attorney’sfees.WHEREFORE, premises considered, judgment is rendered ordering therespondents to pay complainant of [sic] one month pay per year of service asseparation pay in the total amount of P32,700.00, P50,000.00 moral andexemplary damages plus 10% of the award as attorney’s fees, hereundercomputed:ISeparation Pay2/21/06 – 8/4/07=2 yrs.P16,350.00 x 2 yrs.=P32,700.00IIDamages P50,000.00P82,700.0010% Attorney’s Fees P8,270.00P90,970.00SO ORDERED.24Ruling of the National Labor Relations CommissionPetitioner appealed before the NLRC arguing that the Labor Arbiter erred inruling that respondent was constructively dismissed. It also argued that Odomwas not personally liable as he was merely acting in good faith and within hisauthority as corporate officer.Respondent likewise interposed an appeal25 arguing that the award ofbackwages should be computed from the date of her dismissal until finality ofthe Labor Arbiter’s Decision; and that the proportionate share of her 13th monthpay should be paid to her as well.On February 16, 2009, the NLRC issued a Resolution,26 declaring as follows:We reverse.Upon an examination of the pleadings on file, We find that in the past thecomplainant had been transferred from one program to another without anyobjection on her part. Insofar as the instant case is concerned, it appears that thecomplainant, aside from having been given a warning for wrong disposition of acall, had been absent or usually late in reporting for work, constraining therespondent ICT to transfer her to another program/account. Required of thecomplainant was for her to undergo Product Training for the program from July30 to August 6, 2007, and the records indicate that she attended only two (2)days of training on July 30 and 31, 2007, did not report on August 1, 2007 andagain reported for training on August 2, 2007. It was then that ICT’s OperationsSubject Matter Expert, Ms. Suzette Lualhati, informed the complainant that shecannot be certified for the program because she failed to complete the number of 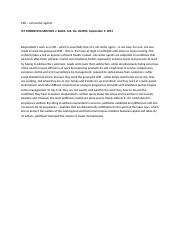 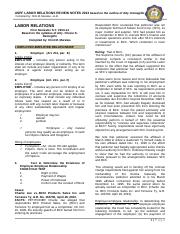 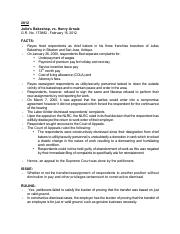 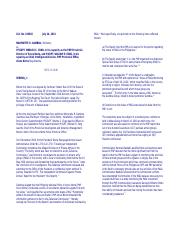 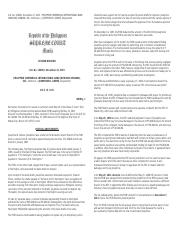 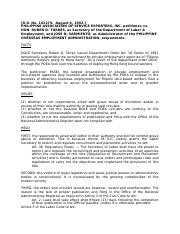