And their dwellings must be such as will shield them

And their dwellings must be such as will shield them against the cold of winter and the heat of summer. I suppose that you mean houses, he replied. Yes, I said; but they must be the houses of soldiers, and not of shop- keepers. What is the difference? he said. That I will endeavour to explain, I replied. To keep watch-dogs, who, from want of discipline or hunger, or some evil habit or other, would turn upon the sheep and worry them, and behave not like dogs but wolves, Information prepared by the Project Gutenberg legal advisor 188

would be a foul and monstrous thing in a shepherd? Truly monstrous, he said. And therefore every care must be taken that our auxiliaries, being stronger than our citizens, may not grow to be too much for them and become savage tyrants instead of friends and allies? Yes, great care should be taken. And would not a really good education furnish the best safeguard? But they are well-educated already, he replied. I cannot be so confident, my dear Glaucon, I said; I am much more certain that they ought to be, and that true education, whatever that may be, will have the greatest tendency to civilize and humanize them in their relations to one another, and to those who are under their protection. Very true, he replied. And not only their education, but their habitations, and all that belongs to them, should be such as will neither impair their virtue as guardians, nor tempt them to prey upon the other citizens. Any man of sense must acknowledge that. He must. Then now let us consider what will be their way of life, if they are to realize our idea of them. In the first place, none of them should have any property of his own beyond what is absolutely necessary; neither should they have a private house or store closed against any one who has a mind to enter; their provisions should be only such as are required by trained warriors, who are men of temperance and courage; they should agree to receive from the citizens a fixed rate of pay, enough to meet the expenses of the year and no more; and they will go to mess and live together like soldiers in a camp. Gold and silver we will tell them that they have from God; the diviner metal is within them, and they have therefore no need of the dross which is current among men, and ought not to pollute the divine by any such earthly admixture; for that commoner metal has been the source of many unholy deeds, but their own is undefiled. And they alone of all the citizens may not touch or handle silver or gold, or be under the same roof with them, or wear them, or drink from them. And this will be their salvation, and they will be the saviours of the State. But should they ever acquire homes or lands or moneys of their own, they will become housekeepers and husbandmen instead of guardians, enemies and tyrants instead of allies of the other citizens; hating and being hated, plotting and being plotted against, they will pass their whole life in much greater terror of internal than of external enemies, and the hour of ruin, both to themselves and to the rest of the State, will be at hand. For all which reasons may we not say that thus shall

Learn more about Pericles and The Odyssey with Course Hero's FREE study guides and infographics! 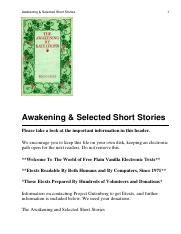 The Awakening %26 Other Short Stories By Kate Chopin 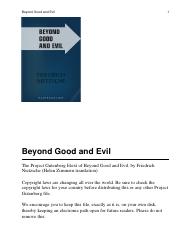 Beyond Good And Evil By Friedrich Wilhelm Nietzsche.pdf 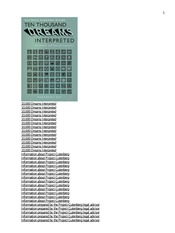 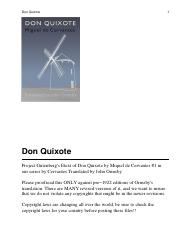