cell carcinoma), Low blood oxygen level (hypoxia), Scarring or thickening of the lungs ( pulmonary fibrosis ), Bone marrow disease that causes abnormal increase in RBCs ( polycythemia vera ). Your RBC count will increase for several weeks when you move to a higher altitude. Drugs that can increase the RBC count include; Gentamicin, Methyldopa Lower-than-normal numbers of RBCs may be due to:, Anaemia , Bleeding, Bone marrow failure (for example, from radiation, toxins, or tumor), Deficiency of a hormone called erythropoietin (caused by kidney disease), RBC destruction ( hemolysis ) due to transfusion, blood vessel injury, or other cause, Leukemia, Malnutrition, Bone marrow cancer called multiple myeloma , Nutrition deficiencies of iron, copper , folic acid, vitamin B6 , or vitamin B12 , Overhydration, Pregnancy. Drugs that can decrease the RBC count include:, Chemotherapy drugs, Chloramphenicol, Hydantoins, Quinidine (Valencia Higuera, 2012) From our lab results only student 2 was in the approximate ranges for both white and red blood cells. However, students 1 and 4 had lower red blood cell counts with student 3 having a high white blood cell count. Student 3, could have had an infection which caused her white blood cells to be higher than the approximate ranges. Student 3 had a medical condition, Autoimmune disease: Undifferentiated Connective Tissue Disease, which causes red blood cell count to be lower than approximate ranges. Some sources of errors were that students 1,3, and 4, their blood clotted hence all had low red blood cell count. Another source of error were pipetting styles used could have been different for each person as well as their might have been biasness in counting. 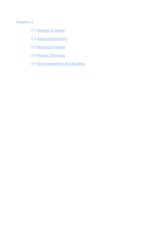 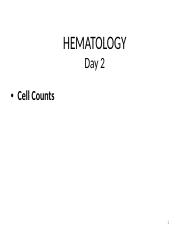 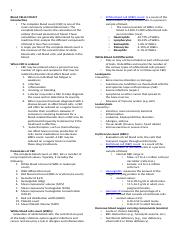 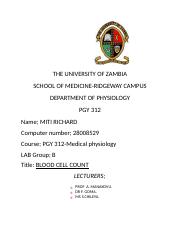 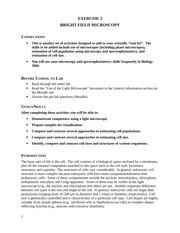