Would launch with the ability to stream games

would launch with the ability to stream games directly to the PS Vita, Sony’s handheld gaming device. As with the Wii U, this would allow users to play on the tablet control- ler through a wireless connection, without the use of a TV display. As for games, a number of titles had already been revealed for the PS4 during prelaunch. These included Diablo III (Blizzard), Driveclub (Evolution Studios), Final Fantasy (Square Enix), and several others. 26 Part of the PlayStation Network’s success was the ability to play games online. This allowed individuals to play with other players located in other parts of the world. The Play- Station Network allowed users to download games, view movie and game trailers, send text messages, and chat with friends, and these capabilities were sure to continue. PlayStation Move In September 2010, Sony released the PlayStation Move, which basically copied the Wii’s wandlike controller but with more accuracy. As with the Wii, users could wave the Move’s controller around and swing it like a bat and hit the ball on the screen. The PlayStation Move com- bined a video camera with a physical controller packed with motion-sensing electronics, making it a technological cross between the Kinect and the Nintendo Wii. The Move Motion Controller, or “wand,” combined a gyroscope, accelerometer, and magnetic sensor to track the controller in three dimensions, while the glowing ball at the end gave the PlayStation Eye camera a visual reference for handling aiming, cursor movement, and other motion. 27 While Wii’s graphics were of low resolution and inferior detail, PS3 was a high-definition powerhouse. As one user said, “On the Wii, golf looks like a video game. On the PS3, golf looks like a golf course.” Moreover, the PS3 played Blu- ray movie discs and could display 3-D images, two things the Wii could not do. Also, the PS3 had a full lineup of great traditional games. Sony had shipped 4.1 million units of PlayStation Move worldwide in the first two months after its release. Although Sony was criticized for merely imitating Wii’s technology, it turned out to be a successful imitation. 28 The only obvious difference from Wii was the cost. While the Wii cost $199 and came with both the Wii Sports and Wii Sports Resort compilations (most buyers also added a second controller for around $40), the PS3 with Move cost twice as much, $400, and came with only one game compilation, called Sports Champions. A second against other users around the world. Thus, Microsoft had created a community of individuals who were able to com- municate with one another by voice chats and play against each other in a video game. Another service offered by Xbox Live was the Xbox Live Marketplace, which enabled users to download movies, game trailers, game demos, and arcade games. It was estimated that more than 70 percent of connected Xbox users were downloading content from the Xbox Live Marketplace, totaling more than 8 million members. According to Microsoft, there were more than 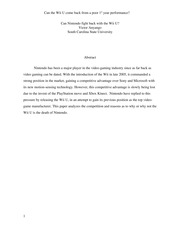 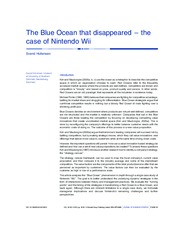 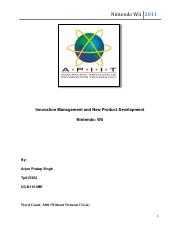 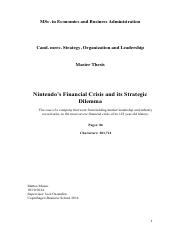 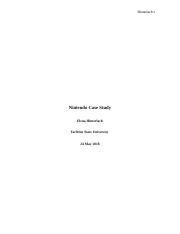 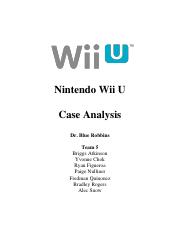