5 test retest reliability the das was applied to 64

3.5. Test-Retest Reliability The DAS was applied to 64 students in a three-week interval. The Pearson correlation coefficient between the averages obtained in both applications was calculated. Accordingly, a positive correlation between the points at the 0.001 level was found (r = .779; p<0.001). 3.6. Criterion Validity In order to determine the concurrent validity of the DAS, the DAS and YIATSF were concurrently applied to 82 students, the DAS and SPAS-SF to 78 students, and the DAS and FAS to 75 students. Pearson correlation test was made among the averages of the points obtained from the scales. The results were presented in Table 2. Table 2. The results of the correlation analyses made for criterion-based validity Addiction Addiction n r Digital Addiction (DAS) Internet Addiction (YIATSF) 82 .756** Digital Addiction (DAS) Smart Phone Addiction (SPAS-SF) 78 .833** Digital Addiction (DAS) Game Addiction (DGAS) 78 .600** Digital Addiction (DAS) Facebook Addiction (FAS) 75 .447** **p<.001 As seen in Table 2, a positive and significant relation at the 0.001 level was found between the averages of the points obtained from the DAS and other scales. 3.7. Scoring the Scale After the scale is applied to the individual whose digital addiction level is to be measured, 5, 4, 3, 2, and 1 point are given to the options “Totally Agree”, “Agree”, “Neither Agree nor Disagree”, “Disagree”, and “Totally Disagree” in order. The points are summed up and are divided by the number of the items. Thus, the digital addiction levels of the students are measured. The expected point range is 1.00 (the lowest) and 5.00 (the highest), and high point relatively indicates that the digital addiction level of the individual is high. 4. Discussion, Conclusion and Suggestions The DAS was developed to measure the digital addiction levels of the university students in this study. The DAS has a structure which consists of 19 items, is five-point Likert-type, and is composed of five sub-dimensions called Overuse, Non-restraint, Inhibiting the Flow of Life, Emotional State, and Dependence. The Cronbach’s alpha reliability of the whole scale was calculated 0.874, and it was determined that the scale explains the 59.51% of the variance. As a result of the confirmatory factor analysis, the χ² / sd. was found 2.326, and the RMSEA value was calculated 0.05. In addition, the NFI, CFI, IFI, and RMR values were obtained as 0.90, 0.94, 0.94, and 0.058 respectively. The test-retest reliability coefficient made in a three-week interval was r = .779 (p< .001). In order to determine the criterion-based validity of the DAS, the DAS was applied concurrently with the YIATSF, SPAS-SF, DGAS, and FAS, and the correlation coefficients between them were measured .833, .756, .600, and .447 (all of them are significant at the 0.001 level) successively. The results obtained demonstrate that the Digital Addiction Scale can be used to measure the digital addiction levels of the university students.

Most Popular Documents from University of North Texas 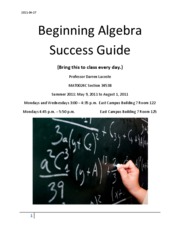 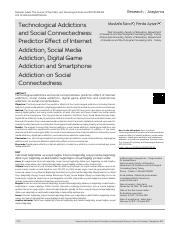 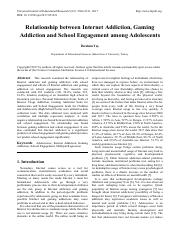 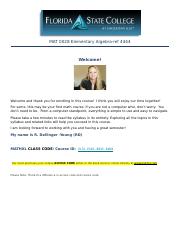 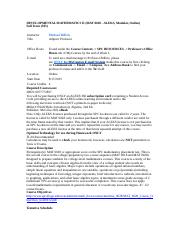 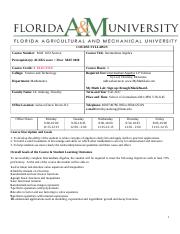