2018] A MENDING THE A MENDMENT P ROCEDURES 141 propose other kinds of amendments beyond those contemplated at the time the convention call was approved. The second dimension is that a convention, once started, might rework large portions of the constitution, perhaps even undo the entire constitution, in ways that have unpredictable and potentially disastrous results. Concerns about runaway conventions are also a frequent basis for opposition to a state-initiated convention under the existing provisions of Article V. 109 Notably there have been hundreds of state resolutions calling for a federal constitutional convention to consider specific amendments. In particular, in recent years twenty-seven states have sought a convention to propose a balanced-budget amendment. 110 Opposition—including from both the John Birch Society 111 and the ACLU 112 —has centered on the concern that, once called, the scope of any convention could not be limited and the entire Constitution would be up for reconsideration and change. 113 Convention proponents, by contrast, have argued that past experience at the state level shows that fears of a runaway convention are exaggerated and that conventions result generally in modest and predictable changes. 114 These debates have given rise to a number of issues concerning a convention called by the states. One is whether there exists any legal mechanism for constraining such a convention. If, in accordance with the existing provisions of Article V, two-thirds of the states petition for a convention to consider an amendment on a specific issue and 109. See Arthur J. Goldberg, The Proposed Constitutional Convention , 11 H ASTINGS C ONST . L.Q. 1, 2 (1983). 110. America Might See a New Constitutional Convention in a Few Years , E CONOMIST (Sept. 30, 2017), - dangerous-thing-america-might-see-new-constitutional-convention. 111. Id. 112. See Jay Stanley, Calls For a Constitutional Convention Heating Up in the States , ACLU (Feb. 3, 2015), - states (“[T]here is no way to ensure that the convention would confine itself to whatever subject inspired its creation, without veering off into dangerously impetuous rewriting of our nation’s foundational legal document.”). 113. See, e.g. , David A Super, A Constitutional Convention is the Last Thing America Needs , L.A. T IMES (May 15, 2017), - convention-20170315-story.html (“No one—not Congress, not the Supreme Court and certainly not the president—has any authority to rein in a runaway constitutional convention. Given today’s politics, who could be sure that nothing crazy would be successfully proposed, and quite possibly ratified?”). 114. See, e.g. , Nick Dranias, 10 Facts to Rebut the Mythology of a Runaway Convention, G OLDWATER I NST ., 2015/6/3/10%20Facts%20Runaway%20Conv.pdf. 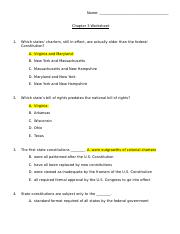 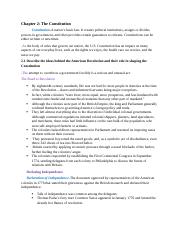 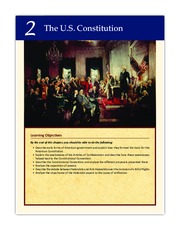 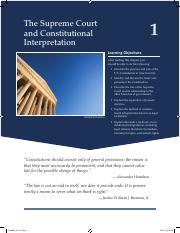 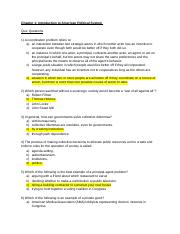