It has been reported that xi greatly values the

were both “worker-peasant-soldier students” at the Department of Chemical Engineering. It has been reported that Xi greatly values the friendships he developed in his years at Tsinghua. 61 Throughout his tenure as a top provincial leader in Fujian and Zhejiang, Xi regularly got together with his Tsinghua schoolmates, in Beijing and elsewhere. 62 Even when Xi became China’s heir apparent after 2007, he and his wife still attended his class’s alumni reunions in Beijing. 63 In college, both Xi and Chen were sports fans, and they were both interested in politics and world affairs. They became close friends almost immediately after they met at Tsinghua. Chen excelled not only academically, but also once won the 100-meter track championship at the Beijing College Athletics Games. With Xi’s recommendation, Chen Xi joined the Chinese Communist Party at Tsinghua in November 1978, a few months before graduation. 64 Soon after Xi became a member of the Politburo Standing Committee in 2007, he promoted Chen to be vice minister and deputy party secretary of education. It was believed that this appointment would help Chen eventually obtain the post of minister of education, but that did not happen; the promotion went to Yuan Guiren, a protégé of Premier Wen Jiabao, in October 2009. 65 In September 2010, Chen was transferred to Liaoning Province, where he served as deputy party secretary, a post in an important provincial-level administration that could broaden Chen’s leadership profile. Seven months later, Chen returned to Beijing and took the post of party secretary of the China Association for Science, a position equivalent to the rank of minister that usually assures a seat in the Central Committee of the CCP. Chen indeed obtained full membership at the 18 th Party Congress. Soon after Xi became the top leader of the CCP, Chen was made executive deputy director of the CCP Organization Department, essentially becoming Xi’s chief personnel officer. Chen Xi was born in Putian County, Fujian Province, in September 1953, making him three months younger than Xi. At the age of 17, he began his career as a factory worker in a university-run mechanical plant in his hometown of Fuzhou City. After graduating

Li, China Leadership Monitor , no. 44 16 from Tsinghua in 1979, he returned home to teach at Fuzhou University for a few months, and then, in the fall of 1979, enrolled again in his old department at Tsinghua University for graduate level studies. After receiving his master’s degree, Chen pursued a political career as a Youth League official, serving consecutively as director of the Department of Sports and Military Training; deputy secretary and then secretary of the Youth League Committee of Tsinghua University; and standing committee member of the party committee of Tsinghua University responsible for student affairs (1982–90). In December 1990, Chen went abroad to study chemical engineering at Stanford University as a visiting scholar for 14 months. After he returned to Tsinghua in 1992, he served as deputy party secretary of the Department of Chemical Engineering; deputy party secretary, executive deputy party 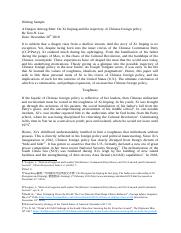 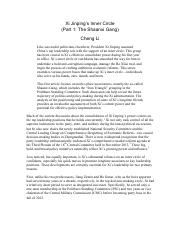 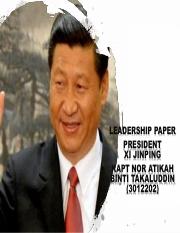 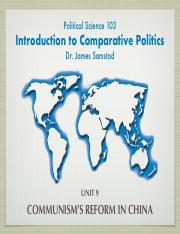 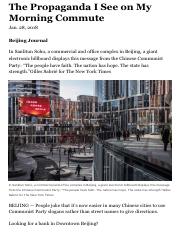 The Propaganda I See on My Morning Commute - The New York Times.pdf 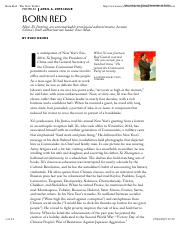