live as normally as possible. A lifelong illness, in Strauss's view, requires lifelong work to control its course, manage its symptoms, and live with the disability. In this context, the sick role that the person assumes is a permanent condition. Stigma Some sick or physically handicapped people may be stigmatized if their affliction is unpleasant for other people, because of how they appear, smell, or behave. Stigma, as defined by Erving Goffman (1963:3), is "an attribute that is deeply discrediting." Goffman explains that the term stigma originated with the ancient Greeks, who used it to refer to marks on the body that represented something bad or immoral about the person. Usually, the marks were brands cut or burned into the body to identify the bearer as a criminal, slave, or traitor. People encountering such a person were expected to avoid them. In contemporary society, Goffman explains there are three main forms of stigma: (1) abominations of the body, such as various types of physical deformities; (2) blemishes of individual character-that is, mental disor- der, sexually transmitted diseases (STDs), alcoholism, and suicidal tendencies; and (3) the tribal stigmas of race, religion, and nationality. People with such attributes are those who are different from the majority of other people, but different in a negative way and are subjected to discrimination because of it. Goffman's primary interest was in analyzing the structure of social interaction, which in the case of stigma and other social phenomena, was inherent in the rules or norms shaping the interaction (Scambler 2009). People who are physically handicapped typically fall into the first category of "abomination of the body." They may be stigmatized and excluded from the com- pany of the nonhandicapped because their physical deformity makes others around them feel uncomfortable. Persons with STDs can also be characterized as having an abomination of the body, but physical evidence of their disease can usually be concealed by clothing. Persons with STDs, however, are often stigmatized as having "a blemish of character" as people often think such diseases are usually acquired through immoral sexual acts (i.e., outside of wedlock, with disreputable persons, etc.). People who are mentally ill are likewise stigmatized in the "blemish of char- acter" category as they are subjected to cultural stereotypes depicting them as in- competent or dangerous. This stigma can influence the individual's own behavior and act as a barrier to seeking help for mental symptoms, since awareness of be- ing treated for such symptoms can negatively affect judgments of family, friends,

212 PART 3 • Seeking Health Care co-workers and others, such as potential employers, about the person (Perry 2011; Pescosolido 2013). As Goffman points out, stigma represents a rupture between an individual's virtual and actual social identity that is regarded in some way as failing. That is, there is a serious discrepancy between what a person should be and what a person actually is. This failing places the person in a social category of people whose body 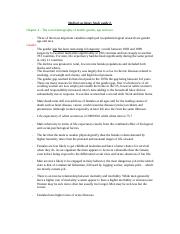 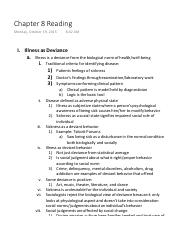 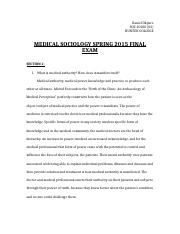 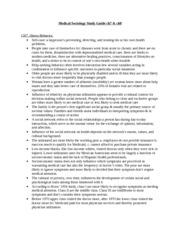