California State University, East Bay
BIOL
BIOL 618
5 min 4C and the supernatant fraction was then incubated briefly at 32C The

5 min 4c and the supernatant fraction was then

; 5 min; 4°C) and the supernatant fraction was then incubated briefly at 32°C. The clouded detergent mixture was spun to achieve phase separation (15,000 3 g ; 30 s; room temperature), and the upper (aqueous) phase was applied to minicolumns containing AG 2-X8 resin (Bio-Rad Laboratories) to remove unincorporated radiolabel. Column effluents were dried and resuspended in 10 m l of 40% n -propanol for application to thin-layer chromatography (TLC) plates (Kieselgel 60; Merck). The plates were developed three times in n -propanol/acetone/water (5:4:2) with air drying between developments, and radioactive products were localized by tritium scanning (System 200A imaging scanner; Bioscan Inc., Washington, D.C.) or by autoradiography after spraying the plates with En 3 Hance (NEN Research Products, Boston, Mass.). Partial hydrolysis (3 h; 95°C; 0.1 N HCl) of unsubsti- tuted mannan generated from cryptococcal GXM (generously provided by R. Cherniak) yielded a ladder of a -1,3-linked mannose oligomers which served as standards. The standards were detected after being sprayed with orcinol solution (26). Mannosidase treatments. For mannosidase analysis, the standard assay was scaled up fourfold and the product of interest was localized by scanning. Material was scraped from the appropriate region of the plate and extracted twice with the solvent mixture used for plate development and once with distilled water. Pooled extracts were dried and resuspended in reaction buffers provided by the manu- facturers and then incubated overnight (37°C) with mannosidases from the following organisms (specificity and vendor indicated): Xanthomonas manihotis ( a -1,6 and a -1,2/ a -1,3) from New England Biolabs (Beverly, Mass.); jack bean ( a -1,2/ a -1,3/ a -1,6) from Boehringer Mannheim Corporation (Indianapolis, Ind.) or from Oxford Glycosystems (Oxford, United Kingdom); and Aspergillus saitoi ( a -1,2) and Helix pomatia ( b -1,4) from Oxford Glycosystems. According to the manufacturer, this preparation of the H. pomatia enzyme is known to cleave mannose that is linked b -1,4, but it has not been tested on other b linkages. RESULTS To begin studies of the mannosyltransferase responsible for GXM synthesis, an assay with a crude cryptococcal membrane preparation as a source of activity was devised. a -1,3- D -man- nobiose (V-Labs, Inc.) was included in the assay as a soluble acceptor because the activity of interest extends a chain of a -1,3-linked mannose, and GDP-[ 3 H]Man was included as the sugar donor. Initial experiments were performed with mem- branes from ATCC 24067, a serotype D isolate from the ce- rebrospinal fluid of a patient with cryptococcal meningitis (32). However, it was difficult to efficiently break these highly en- capsulated cells, resulting in poor membrane yields with low synthetic activity. For this reason, parallel experiments with an acapsular strain (Cap67 [15]) were performed. Experimental results with ATCC 24067 and Cap67 were qualitatively iden- tical, and the greater yields of product from the latter strain allowed detailed product characterization.

Most Popular Documents for BIOL 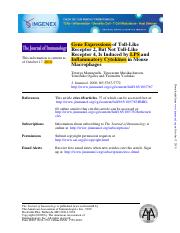 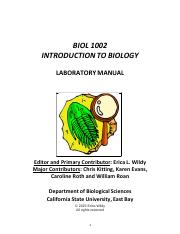 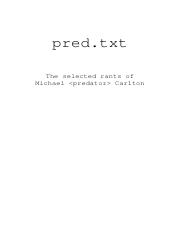 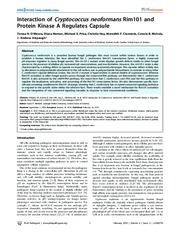 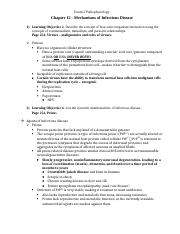 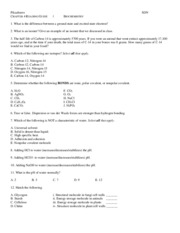