He knew the bighorns and the black hills was born

mountains. He knew the Bighorns and the Black Hills, was born near and died not far from Bear Butte. But for most of his life he was a man of the Great Plains. His rivers were the Platte, the Niobrara, the Powder, the Yellowstone, the Tongue, the Little Missouri. He lived under one of the most generous skies in the world. Again, many commentators have recognized that such skies, hovering over the rolling land, with the horizons a mystery, with mirages frequent, make the plains a place that calls forth imaginings. Those long vistas, those splendid clouds tempt the imagination as the plains of Castile tempted Don Quixote. When Plains people die, white or Indian, they speak of a going up, for where would the spirit go except into that sky? It is easy on the plains to imagine things not seen, worlds not known. Crazy Horse, in his wanderings over the summer plains, would have seen many mirages, which perhaps encouraged him in his belief that this world, with its buffalo and horses, is only the shadow of the real world. He was in a way a prairie Platonist, seeing an ideal of which the day’s events were only a shadow. His belief in the two worlds seems to have made him exceptionally cautious where the camera is concerned. He didn’t want any white man to snatch his shadow, coax it into a little box. He wouldn’t even allow his friend Dr. McGillycuddy, the doctor who so faithfully treated his wife Black Shawl for tuberculosis, to take his picture. He believed it would shorten his life; and his life did indeed end not long after he came to the place where cameras — the little boxes that snatched shadows — were common. This strange man of the Oglalas was always a man of the central plains. He would not be driven from them, rejecting, in a crucial decision, even the plains of Canada. He was determined to hold to the country that was his own, and in the end, that is what he did. W HILE THE WHITES were busy in the east, fighting one another, Crazy Horse was active in the old way, harassing his enemies, stealing horses, hunting, sharing what he killed with the poor and helpless, and, it seems, yearning for a woman he couldn’t have. This wa s the same fetching young woman he had probably spotted at the big council in 1857: Black Buffalo Woman. She was young and comely — his was hardly the only eye to fall on her, but for a time Crazy Horse seemed to feel that he was at least in the running for her affections. One day he left on a raid with several warriors, one of whom, No Water, soon developed such a terrible toothache that he dropped out of the raiding party and went back to camp. When the raid ended, Crazy Horse discovered to his extreme dismay that in his absence Black Buffalo Woman had married No Water. (Some believe the match was engineered by Red Cloud, the girl’s uncle.) Crazy Horse took this news hard, as any young man in love would be apt to. He was perhaps twenty-one or twenty-two at the time and had been hanging out almost exclusively in the camp of the Bad Faces (the girl’s people, and also Red Cloud’s). Crazy Horse left the camp at once and was gone for some time.

Most Popular Documents for HIS 165 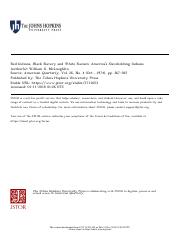 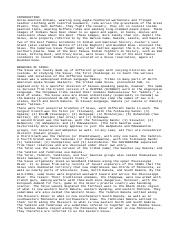 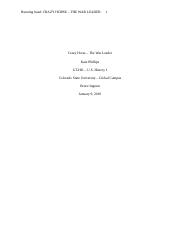 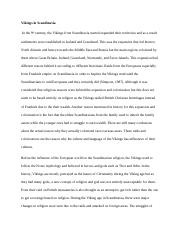 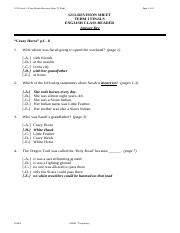