Once your browser is open to proquest simply click on

Once your browser is open to ProQuest, simply click on the link for the article you need to read. For detailed instructions on how to access ProQuest, click here . For non-ProQuest articles, use the provided Internet link to access the Required Readings material. Required Readings Internet Links  Keynesian Economics  Poverty Eradication Lecture Notes The Origins of Global Inequality Western Colonialism During the Age of Discovery, Western colonialism was initiated by Portuguese and Spanish mariners seeking new avenues to global trade. Along the way they “discovered” the Americas. As a result, the Portuguese colonized Brazil while a giant colony called New Spain occupied the rest of South America, along with Central America and much of what is now the American Southwest, including most of California. In both colonies, the colonists exploited native labor. In New Spain, a lot of that native labor would be devoted to resource extraction. The primary focus was on mining for precious metals. The extraordinarily rich silver mines of Mexico and gold deposits in places like Potosi in present day Bolivia would produce the gold- and silver- backed currencies that funded the Age of Discovery, not just in Spain and Portugal but, eventually, all across Western Europe. At the same time, cultural transfers would impact the future. The European adoption of the hearty climate-resistant potato, native to Peru, would have an enormous impact on European food production. The demand for tobacco, native to the New World, would create massive new markets. Squashes, maize, peppers, and cocoa would alter European diets. Our word “chocolate” comes from the Aztec word “chokolatl.” Dutch Colonialism and the Dutch East India Company For a time, Spain was a predominate power in Western Europe, contending with the monarchies of England and France. However, by the mid-1600s, trade advantages were shifting to seafaring states of northern and western Europe. These included France, England, and the Dutch Republic. During the latter half of the 17th century, the Dutch Republic was the world leader in global trade; largely that was the case because the Dutch ships were designed to carry more cargo than the ships of competing nations.

The Batavia, pride of the Dutch East India Company, c. 1628, public domain During the era called the Dutch Golden Age, the colonial objective was monopolizing the spice trade under the auspices of the Dutch East India Company. (At one time, black pepper imported from Dutch Indonesia, pound for pound, was more valuable than gold.) The Dutch established colonies throughout Indonesia, in South Africa, and in the Americas. Dutch settlers established a colony on Manhattan in 1624, naming it New Amsterdam. Subsequently, the Dutch claimed both sides of the Hudson River as far north as Albany in the name of the New Netherlands. The Dutch turned over control of its American colonies to the newly ascendant British East India Company in 1664. Thus, New Amsterdam became New York, named after England’s Duke of York. Meanwhile, in South America, the Dutch colony in Surinam 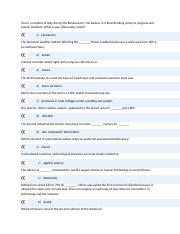 Social Impact of Technology Exam 1 thru 8 and notes.docx 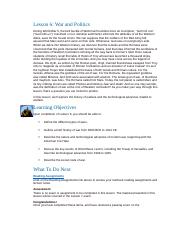 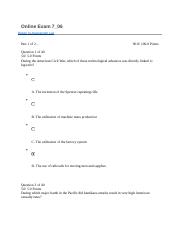 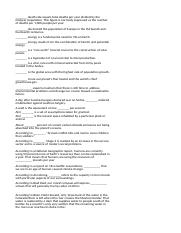 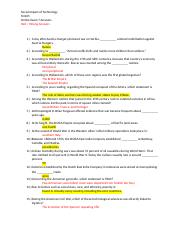