Full file at are worried that the U.S. has moved from being the largest creditor nation to being the largest debtor nation in the world. A brief discussion of whether we should be concerned by this fact and whether foreign ownership of assets in the U.S. actually helps to maintain domestic jobs can be useful here, but a more in-depth discussion of these issues should probably be left for later. Some instructors may want to use Figure 2-6, which shows the federal debt as a percentage of GNP from 1790-2009, indicating also periods of recession and war, as a way to solicit student opinions of what factors may cause a significant increase in the national debt and at what point a huge national debt may become a concern to policy makers. Chapter 19 stresses the fact that an increase in the national debt does not necessarily imply an increase in the debt-income ratio, that is, the debt as a portion of GDP. However, some instructors may find it useful to introduce this idea here. Since later chapters use the concept of the budget surplus (BS) when discussing fiscal policy, some instructors may actually prefer to use the following equation rather than equation (10). (10a) BS  TA - G – TR, Multiplying equation (9b) by –1, we can obtain the following equation (9c) I - S = BS – NX or (9d) NX = S + BS - I, which states that if national saving is not sufficient to finance private domestic investment (I), then funds have to be borrowed from abroad, causing net exports (NX) to become negative. National saving consists of private domestic saving (S) and government saving, which is positive if the government runs a budget surplus. A distinction between government purchases (G) and government expenditures (G + TR) should also be made, as many students are not aware that transfer payments (TR) are treated separately from government purchases (G). Transfer payments do not directly enter GDP, since no productive activity takes place when such payments are made. Additional Readings Boskin, Michael, et. al., “Consumer Prices, the Consumer Price Index, and the Cost of Living,” Journal of Economic Perspectives , Winter, 1998. Boskin, Michael, et. al., “Getting the 21 st Century GDP Right,” American Economic Review , May, 2000. Devine, James, “The Cost Of Living and Hidden Inflation,” Challenge, March/April, 2001. Clark, Todd, “A Comparison of the CPI and the PCE Price Index” Economic Review , FRB of Kansas City, Third Quarter, 1999. The Economist, The Economist Guide to Economic Indicators: Making Sense of Economics, Wiley and Sons, New York, 1998 Eisner, Robert, “The Total Incomes System of Accounts,” Survey of Current Business , January, 1985. 2-6 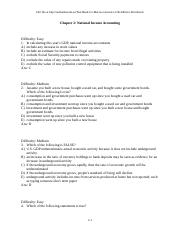 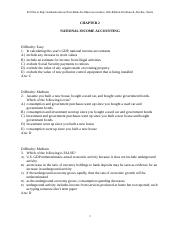 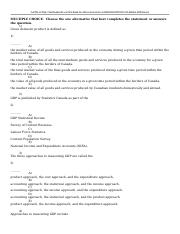 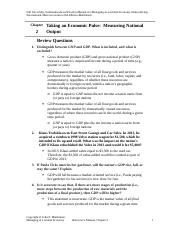 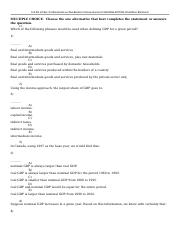 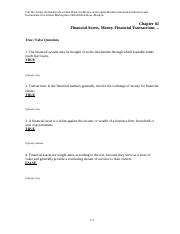