Venus showed phases like the moon waxing and waning

 Venus showed phases, like the moon waxing and waning, which could only be produced if it circled the sun, not the earth (PBS – Empires, 2004). Galileo at first published his discoveries without noting the implications for the motion of the earth. He dedicated his publication of The Starry Messenger (1610) to his patrons, the de Medici family, by calling the four moons of Jupiter the Medicean Stars. Cosimo II de Medici, Grand Duke of Tuscany, had them painted into the frescos covering the ceilings of his palace, as if his power were ordained by the heavens themselves. As Biagioli (1993) notes, what better dedication could there be than eternal stars that would outlast any work of art? Realizing the danger of publication yet unable to resist, Galileo decided to write about the reality of the solar system as if it were a fictional conversation among friends. The publication of The Dialogue Concerning the Two Chief Systems of the World, Ptolemaic and Copernican (1632) was approved by the Church in Florence, but Galileo was unable to get permission from Rome. He nevertheless went ahead. The pope, who considered himself Galileo’s admirer, was incensed that Galileo would publish the data and arguments necessary to support the reality of the Copernican system, even in a fictional dialogue, after being told not to do so. Worse, Galileo wrote in Italian and not Latin, just as Luther had translated the Bible into German, sparking translations in many languages. Even worse, Galileo put the Church’s public, conservative position in the mouth of a character called Simplicio, or Fool. The de Medicis tried to protect Galileo, but the damage in an age of attack on Catholic authority was done, and the book was destroyed. The de Medicis needed the pope as their own patron in order to sustain their own authority, and so Galileo was forced to appear at a trial in Rome, to recant his position, and to live under house arrest until his death (Biagioli, 1993). Frederick Elector of Saxony had the power to successfully protect Luther; Cosimo II failed to protect Galileo and withdrew his patronage. The roots of the Scientific Revolution in the patronage and political systems of Renaissance Italy are clear (Biagioli, 1993). The Church was among the patrons who drove reform and innovation, but Galileo crossed the line the Church had set. What line was that, specifically? Galileo stepped over a political line, flaunting papal authority when he published in Italian and with the aim of circulating the arguments for Copernicanism publicly. It was not what he thought but that he made it public that brought the Inquisition down on him and destroyed his favored position in the court of Cosimo II. A change in the placement of the world would disrupt the consistency of the entire edifice that knit ideas about sin and salvation to the central position of the earth. Because Galileo’s challenge came close on the heels of Luther’s, it threatened to further erode the pope’s right to require obedience and claim to guide salvation.

Most Popular Documents for HY 1010 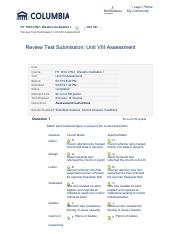 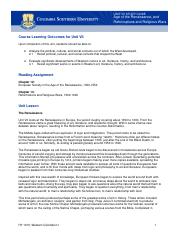 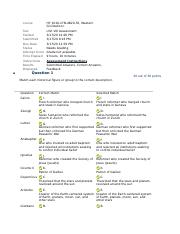 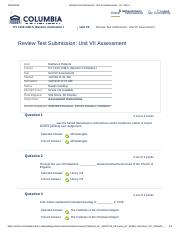 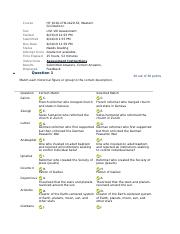 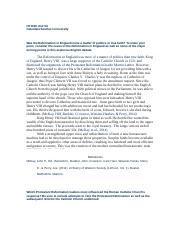