If you wish you may take our lives but nothing else

“We shall not disperse. If you wish, you may take our lives, but nothing else: we will not yield our honor or our rights, for on them depends the salvation of Itaguai.” Nothing could have been more imprudent or more natural than this reply. It re fl ected the ecstasy inspired by great crises. Perhaps it re fl ected also an excess of con fi dence in the captain’s forbearance, a con fi dence soon dispelled by the captain’s order to charge. What followed is indescribable. Th e mob howled its fury. Some managed to escape by climbing into windows or running down the street, but the majority, inspired by the barber’s words, snorted with anger and stood their ground. Th e defeat of the Stewed Corners appeared imminent, when suddenly one third of the dragoons, for reasons not set forth in the chronicles, went over to the side of the rebels. Th is unexpected reënforcement naturally heartened the Stewed Corners and discouraged the ranks of legality. Th e loyal soldiers refused to attack their comrades and, one by one, joined them, with the result that in a few minutes the entire aspect of the struggle had changed. Th e captain, defended by only a handful of his men against a compact mass of rebels and soldiers, gave up and surrendered his sword to the barber. Th e triumphant rebels did not lose an instant. Th ey carried the wounded into the nearest houses and headed for the town hall. Th e people and the troops fraternized. Th ey shouted vivas for the King, the Viceroy, Itaguai, and “our great leader, Porfírio.” Th e barber marched at their head, wielding the sword as dexterously as if it had been merely an unusually long razor. Victory hovered like a halo above him, and the dignity of government informed his every movement. Th e Councilmen, watching from the windows, thought that the troops had captured the Stewed Corners. Th e Council formally resolved to send a petition to the Viceroy asking him to give an extra month’s pay to the dragoons, “whose high devotion to duty has saved Itaguai from the chaos of rebellion and mob rule.” Th is phrase was proposed by Sebastião Freitas, whose defense of the rebels had so scandalized his colleagues. But the legislators were soon disillusioned. Th ey could now clearly hear the vivas for the barber and the shouts of “death to the Councilmen” and “death to the alienist.” Th e President held his head high and said: “Whatever may be our fate, let us never forget that we are the servants of His Majesty and of the people of Itaguai.” Sebastião suggested that perhaps they could best serve the Crown and the town by sneaking out the back door and going to the Circuit Judge’s o ffi ce for advice and help, but all the other members of the Council rejected this suggestion. A few seconds later the barber and some of his lieutenants entered the chamber and told the

Town Council that it had been deposed. The Councilmen surrendered and were put in jail. Then the barber’s friends urged him to assume the dictatorship of Itaguai in the name of His Majesty. 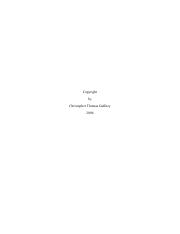 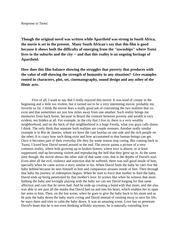 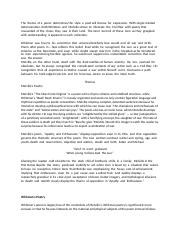 The theme of a poem determines the style a poet will choose for expression.doc 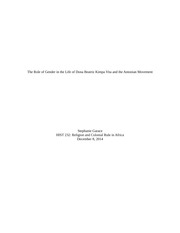 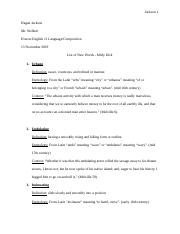 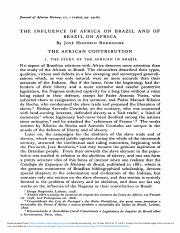