Real wealth is just the elimination of labor lets say

that is at the very heart of the creation of wealth. Real wealth is just the elimination of labor. Let’s say it takes five guys a month to build a car, so the cost of labor for the car might be about $25,000. And let’s say all the other stuff in the car—all the parts—cost $15,000. If we own a car business, we have to sell the car for $40,000 just to break even. But we won’t be in business long if we don’t make a profit, so we decide to charge $50,000 for the car. We’re doing fine making cars and making money. Then along comes a competitor who figures out how to make a car with only one guy and a big car- making machine he built for almost nothing. Now he can build a car for $7,000 of labor (the smartest and hardest-working laborer got a

raise) plus $15,000 in parts: $22,000. If he sells it for $32,000, he’s just as profitable as we are when we sell the same car for $50,000. Except we aren’t profitable anymore because all of our customers went to our competitor and bought the $32,000 car and saved $18,000. The money the customers save by buying a car from our competitor is real wealth that was created out of thin air. Each car buyer has both the car and $18,000 to spend on something else. All these car buyers are suddenly made richer by our competitor’s destructive technology. Then we either get a one-man machine, too, or we’re out of business. Or we put in a tariff law that forces our competitor to charge $52,000 for the car because our government taxes them $20,000 at the port they ship their cars to. If our government does that, no wealth is created. Every $20,000 they take is $20,000 that would have been in the pocket of a car buyer. Wealth is, in fact, confiscated by our government. Of course, four workers keep their jobs, which is nice, but eventually they will lose them to that machine anyway. You can’t stop progress but you can push wealth overseas. America has been successful because it didn’t attempt to block the pain and suffering caused by innovation. The net effect has been the rapid creation of wealth for everyone in a capitalistic society. Today in America, for example, there are people who live in apartments with running water, flushing toilets, working electricity, a refrigerator, a washing machine, a stove, an oven, multiple rooms, and glass windows who, by our standards, are living in poverty. But real poverty is nothing like that. People who live in poverty are on

the edge of starvation and live in wretched hovels. You don’t believe me? Keep in mind that most of our “poor” are unhealthily overweight. Creative destruction destroyed real poverty in America. Today, American “poverty” is more about having limited education, opportunity, or intelligence. Our poor have a relatively low standard of living (relative to Americans—not to, say, Pakistanis) because something about their circumstances keeps them from rising out of their environment. They are not poor by any world standard of poverty. As a thinking member of our society you must embrace this process of creative destruction. Every vote to protect prices or wages by decree is a vote against the future well-being of our country and a step toward making our poor really poor.

Most Popular Documents for ECONOMICS 401 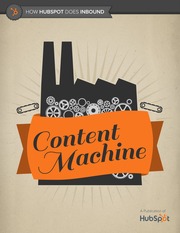 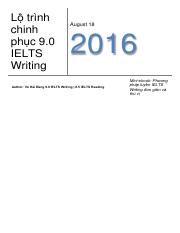 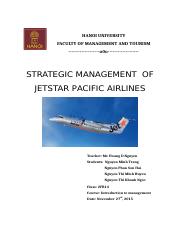 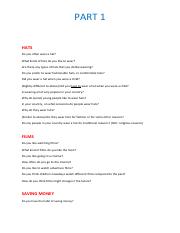 IELTS Speaking Questions for June, July and August of 2016 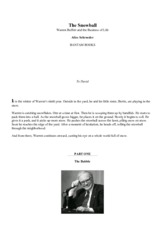