The president did not proclaim a national emergency

The President did not proclaim a national emergency, only a state of emergency in the three places mentioned. And she did not act pursuant to any law enacted by Congress that authorized her to exercise extraordinary powers. The calling out of the armed forces to prevent or suppress lawless violence in such places is a power that the Constitution directly vests in the President. She did not need a congressional authority to exercise the same.

EXECUTIVE CLEMENCY ATTY. ALICIA R. VIDAL VS. COMELEC & JOSEPH ESTRADA Because of smuggling issue and illegal activity, President Joseph Ejercito Estrada got removed from his position. Gloria Macapagal Arroyo on the other hand as his vice president take his position and become the president. On September 22, 2007, the Sandiganbayan convicted the former president for the crime of plunder and sentenced him to suffer Reclusion Perpetua. But on October 25, 2007, former President Gloria Macapagal Arroyo extended executive clemency by way of pardon to former President Estrada. And on October 2, 2012, former president Estrada filed his COC for mayor of Manila. Wherefore , in view of all the foregoing, judgment is hereby rendered in Criminal Case No. 26558 finding the accused, Former President Joseph Ejercito Estrada, Guilty beyond reasonable doubt of the crime of Plunder, defined in and penalized by Republic Act No. 7080, as amended. On the other hand, for the failure of the prosecution to prove and establish their guilt beyond a reasonable doubt, the Court finds the accused Jose “Jinggoy” Estrada and Atty. Edward S. Serapio Not guilty of the crime of plunder, and accordingly, the Court hereby orders their Acquittal. In accordance with Section 2 of Republic Act No. 7080, as amended by Republic Act No. 7659, the Court hereby declares the forfeiture in favor of the government of the following: The total amount of Five Hundred Forty-Two Million Seven Hundred Ninety-One Thousand Pesos (P545,291,000.00), with interest and income earned, inclusive of the amount of Two Hundred Million Pesos (P200,000,000.00), deposited in the name and account of the Erap Muslim Youth Foundation. The amount of One Hundred Eighty-Nine Million Pesos (P189,000,000.00), inclusive of interests and income earned, deposited in the Jose Velarde account. The real property consisting of a house and lot dubbed as “Boracay Mansion” located at #100 11th Street, New Manila, Quezon City.

Most Popular Documents for ENGLISH PM-18-0008 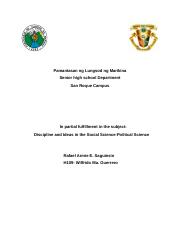 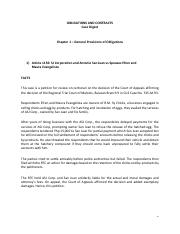 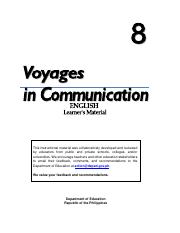 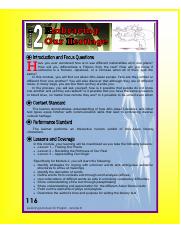 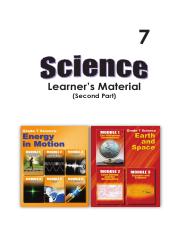 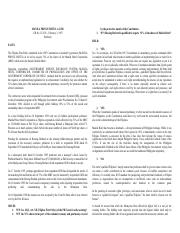