Emails led to the cancellation of a major motion

skilled cyber and power engineers with the system tools that would enable them to restore power within seven days after a cyber-attack." Launchbury said that there are many policy issues that arise as they develop new technologies. It is often the case that developments in technology allow for and inform policy options, not the other way around. "We’re working to enhance our understanding of who’s responsible for attacks," said Launchbury. "At the moment, it’s almost impossible to tell who pushed the button to launch a cyber-attack. In response, DARPA has developed techniques like active authentication. The idea is that the computer recognizes you as you by how you use your machine. The way we use a computer is unique to us as individuals. The particular way you move the mouse, the particular cadence you have on the keyboard, all of those things are very individual. So someone may login to your banking website and after a 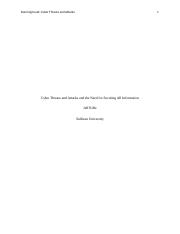 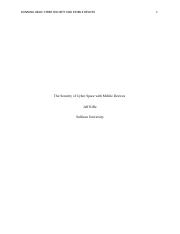 The Security of Cyber Space with Mobile Devices Paper.docx 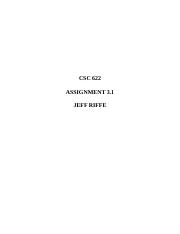 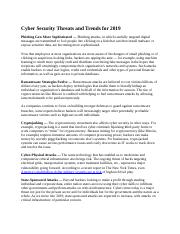 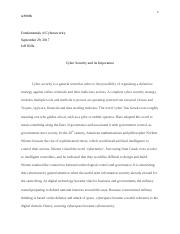 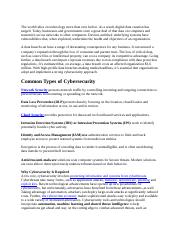