According to spaaij and hamm 2015 there was minimal

According to Spaaij and Hamm (2015), there was minimal security at Centennial Park adjacent to Olympic Stadium and there were no procedures to search bags and metal detectors were not present. On July 27, 1996, at 12:00 a.m., Eric Rudolph slipped past security with a military back pack containing a pipe bomb. There was approximately 50,000 people in the park drinking, dancing, and having a good time. Rudolph placed the backpack underneath a park bench near the NBC-TV sound and video tower and walked away (Spaaij and Hamm, 2015). Security officer Richard Jewell spotted the backpack and quickly notified the Georgia Bureau of Investigation bomb technicians; he immediately evacuated the area. Jewell would later be accused of the crime but was eventually exonerated by authorities. Rudolph placed a call to 911 at 12:30 a.m. to deliver a warning of a bomb in Centennial Park; the operator hung up on Rudolph. Upset and paranoid of a phone trace, Rudolph called 911 again at 12.58 a.m. from a different phone booth; this time he indicated the bomb would detonate in 30 minutes (Spaaij and Hamm, 2015).

THE EVOLUTION OF DOMESTIC TERRORISM 4 The operator immediately tried to call the Atlanta police Department’s Command Center, but the line was busy. After several attempts, the operator finally reached a police dispatcher and relayed Rudolph’s bomb threat. The dispatcher was able to find the address of Centennial Park and notify the police department of the bomb threat. Because there was no direct line of communication between the Atlanta Police Department and the command center at Centennial Park, officers on the ground never got the warning (Spaaij and Hamm, 2015). The bomb detonated at 1:18 a.m., sending thousands of pieces of shrapnel, including nails into the air and crowd. As a result, one woman was killed, and 110 others received serious injuries; one cameraman died of a heart attack because of the chaos (Spaaij and Hamm, 2015). Rudolph committed three additional bombings in the Atlanta area and one in Alabama and remained at large for five years living off wild game, acorns, salamanders, stolen and discarded food in the Appalachian Mountains. On May 31, 2003, Rudolph was captured in Murphy, North Carolina. In a lengthy statement to the media, Rudolph revealed his motives was to embarrass the federal government for its sanctioning of abortions and global socialism. He was convicted in 2005 and sentences to four consecutive life sentences at the Federal Supermax Penitentiary in Florence, Colorado. Post 9/11 Terrorist Event: Orlando, Florida Night Club Shooting On June 12, 2016 at approximately 2:00 a.m., Afghan-American Omar Mateen entered a small crowded gay night club with a .223 semi-automatic rifle and 9mm handgun and began shooting the patrons (Straub et all, 2017). In a matter of minutes, Mateen was able to fire over 200 rounds as the patrons ran for exits and places to hide; some fell to the floor to escape being hit by Mateen’s bullets. An off-duty police officer working as a bouncer at the club, immediately exchanged gunfire with Mateen as he radioed for additional assistance. Additional

THE EVOLUTION OF DOMESTIC TERRORISM 5 law enforcement arrived in less than one minute after the initial call and took up tactical positions around the club (Straub et all, 2017). 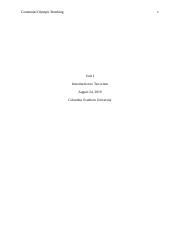 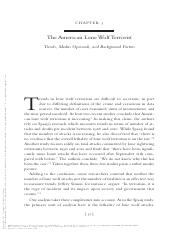 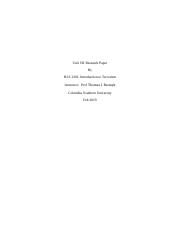 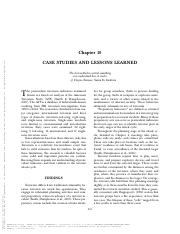 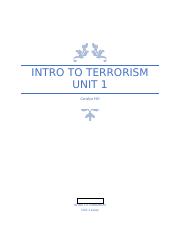 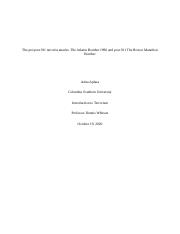