The award for the second arbitration has not been

awaited. The award for the second arbitration has not been recognised due to inherent uncertainties arising from its challenge in the High Court of Sindh. b) Taxation i) As a result of demerger, effective January 1, 2010, all pending tax issues of the Holding Company have been transferred to the Company. Major issues still pending before the tax authorities are described below: In 2012, the income tax department raised a demand of Rs. 1,481,709 thousand, subsequently rectified to Rs. 1,074,938 thousand, for the financial year 2010. The disallowances were mainly on account of initial allowance on capitalization which were later confirmed by the Commissioner Inland Revenue - Appeals (CIRA). The demand was subsequently reduced to Rs. 616,536 thousand after application of rectifications from prior years amounting to Rs. 308,402 thousand and payment of Rs. 150,000 thousand. In the current period, the Appellate Tribunal Inland Revenue (ATIR) has remanded back the issues of Group Relief (Rs. 450,000 thousand) and Inter-Corporate Dividend (Rs. 220,000 thousand) related to the financial year 2008 in favour of the Company. The Company intends to use the resulting refunds in offsetting the balance demand of the financial year 2010. In previous years, the department had filed reference applications in High Court against the below- mentioned ATIR’s decisions in Company’s favor. No hearing has been conducted to -date. The reference application includes the following matters:  Group Relief (Financial year 2006 and 2007): Rs. 1,050,847 thousand  Inter-Corporate Dividend (Financial year 2007): Rs. 116,500 thousand  G.P. Apportionment (Financial years 1995 to 2002): Rs. 653,000 thousand The Company is confident that all pending issues will eventually be decided in its favor. ii) During the half year ended June 30, 2013, the High Court of Sindh, in respect of another company, has overturned the interpretation of the Appellate Tribunal on Section 113 (2) (c) of the Income Tax Ordinance, 2001 and has decided that the minimum turnover tax cannot be carried forward where there is no tax paid on account of loss for the year. The Company's management is however of the view, duly supported by legal advisor, that the above order is not correct and would not be maintained by Supreme Court which the Company intends to approach, if required. Therefore, the Company has continued to carry forward minimum tax amounting to Rs. 360,413 thousand as at June 30, 2013.

Page 58 of 94 c) Others i) Bank guarantees of Rs. 1,059,119 thousand have been issued in favour of third parties. 4.2 Commitments (Amounts in thousand) Plant and machinery, including infrastructure costs as explained below (4.2.1) 963,960 4.2.1 On January 01, 2013, ECC has approved the allocation of gas reserves from Makori East, Reti-Maru, Mari SML, Kunnar Pasaki Deep and Bahu fields to the Consortium of four fertilizer plants (the Consortium). The total allocation in this respect to the Consortium is 202 MMSCFD including the Company’s share of 79 MMSCFD. The Consortium has accordingly entered into Gas Sales Agreements (GSAs) for the supply of gas from Makori East, Reti-Maru and Kunnar Pasaki Deep fields.

Most Popular Documents for ECONOMICS 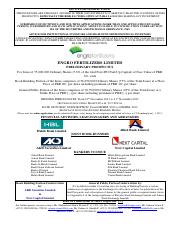 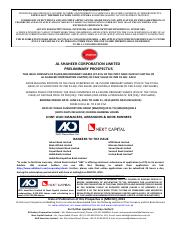 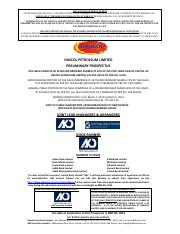 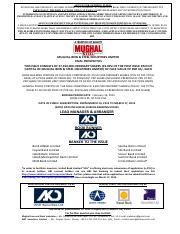 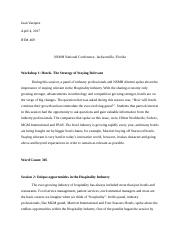