Belongs to the favorite narratives of broadway

belongs to the favorite narratives of Broadway history, that the orchestra for the Broadway production of Gershwin’s Musical Girl Crazy (1930) in- cluded jazz heavyweights Benny Goodman, Glenn Miller, Jack Teagarden and Gene Krupa. In the following we differentiate between two harmonic concepts which we call »blues« and »jazz« harmony, while noting explicitly that these con- cepts should be viewed as prototypical and by no means constitute ade- quate analytical tools for determining a work’s style or genre. Blues har- mony is characteristically confined to the primary major chords based on the scale degrees I, IV and V (minor blues were exceedingly rare until the 1960s) overlaid with minor-hued melodic elements, which results in the characteristic friction between major and minor thirds on the one hand and »functionless,« i.e., non-dominant, minor sevenths on each scale degree on the other hand. Even in the blues songs popular in the 1920s, a favorite trick in the composer’s toolkit for adding a bluesy character was to expose the fourth scale degree through a clear harmonic step at a key moment in the form. Jazz harmony, by contrast, is closely related to classical func- tional harmony. Its primary characteristics are the reliance on the circle of fifths and its foil, mediant relationships, dissonances frozen into persistent tensions, chromatic guide tone lines, and the use of diatonic seventh chords as the basic chord form It bears repeating: Whether one type of harmony or another appears in a piece does not determine what the piece is . Other criteria, such as mel- ody formation, intonation, rhythm, instrumentation, tempo, and texture are just as important as harmony or form. A tune sung by an established blues singer like Bessie Smith is much more likely to be categorized as a »vaude- ville-number« if it includes a loop or turnaround that follows the circle of fifths and starts on the mediant or submediant (e.g., »Nobody Knows You, When You’re Down And Out«). In 1949, Ruth Brown scored a hit right of the bat for the fledgling label Atlantic Records, with her first recording, »So Long.« The song’s form is AABA, and Brown’s rendering makes it sound thoroughly like an R&B num- ber. Actually, it is a 1940 Tin Pan Alley composition by the songwriters Harris, Melsher, and Morgan. Ella Fitzgerald’s recording from the year the song was written presents a melody built of segments with similar diatonic motion beginning on different notes in the scale. Composed in the classic

R ALF VON A PPEN AND M ARKUS F REI -H AUENSCHILD 30 method, the melody is clearly in the foreground while the harmonization of the rhythm-changes loop seems to result mostly coincidentally (perhaps just as coincidentally as the unmistakable echoes of Rodgers and Hart’s »Blue Moon« from 1934). The rhythm-changes loop, with its Major 7 tonic, sec- ondary minor chords, and harmonic progression based on the circle of fifths, contains precisely those elements whose absence characterizes the blues. 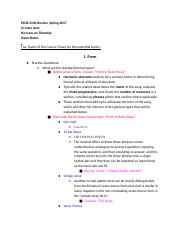 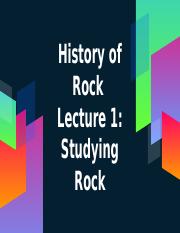 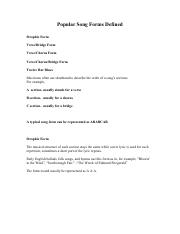 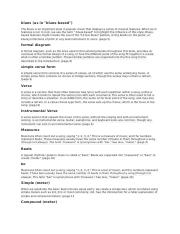 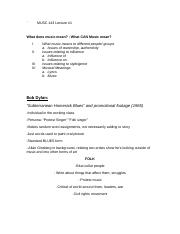