Winston Smith is a 39-year-old member of the Outer Party who remembers, as a child, living in London in the days before the Revolution. Winston works at the Ministry of Truth, where his job is to rewrite history to align with whatever the totalitarian regime of the Party declares to be truth at the moment. His longing for truth and decency causes him to hate the Party. As the novel opens, he is secretly rebelling by writing in a diary, an action considered thoughtcrime by the Party. As the novel progresses, Winston actively rebels by engaging in a sexual relationship with Julia, whom he's come to love. There is a Newspeak word for actions like this: ownlife—individualism and eccentricity—and it's heresy to the Party. Eventually Winston takes steps to join the counterrevolutionary movement known as the Brotherhood. Winston believes that eventually his rebellion will be discovered and he will be vaporized. Yet he feels that, no matter how inevitable is his own eventual death, he must stay conscious, free if only in his thoughts, and faithful to the evidence of his eyes, ears, and memories.

As the mustachioed figurehead of the Party and supreme leader, Big Brother rules Oceania. Everyone is expected not just to follow him but to love him. His face is everywhere, including on posters, coins, and the ever-present telescreen. It is possible that Big Brother is only a symbol of totalitarian rule and not an actual person. As such, as long as the Party maintains control, Big Brother will never die.

O'Brien is a prominent member of the Inner Party whom Winston instinctively admires and feels drawn to. Winston is convinced that O'Brien, like him, secretly hates the Party and that he's just better than Winston at concealing his antipathy.

Julia is first introduced as "the dark-haired girl" who works in the Fiction Department of the Ministry of Truth. Being only 26, Julia has no memories of anything prior to the 1960s. As a young girl she was a member of Spies, the Youth League, and the Junior Anti-Sex League. She still wears the garb of the Anti-Sex League, but it's a ruse. She only makes a pretense of being a good Party member. The real Julia is something quite different. She despises the Party but hides her contempt with the pretense of membership in various pro-Party organizations. Julia's rule-breaking activities are cautious. She enjoys what pleasures she can without being caught, and she feels that staging any overt rebellion would be stupid. She is opportunistic and proactive, and, having found a meadow away from telescreens and other forms of surveillance, she has enjoyed several sexual partners. She is not interested in politics and is untroubled by the Party's lies. Julia lives in the now and does not worry about the future.

Emmanuel Goldstein was an early leader of Big Brother's Revolution, but he broke off from the Party when he felt that it had betrayed its idealistic goals. It is Goldstein who is said to have written "the book," The Theory and Practice of Oligarchical Collectivism, the opposition's treatise explaining how the Party maintains control over the People. Called "The Enemy of the People," it is Goldstein's face that the Party uses to convince the citizenry that there is a violent revolutionary group opposing Big Brother. The Party uses his face and supposed activities to build fear and revulsion against an imagined enemy. Because the Party consistently lies to the people, it is even possible that Goldstein doesn't and never did exist.

Mr. Charrington appears to be a frail man of about 60, the owner of an antique shop in the prole (or working class) neighborhood of London. He is friendly, soft-spoken, and unassuming, and Winston seems to like him as soon as they meet. Like Winston he takes an interest in useless items that have a simple beauty about them. He keeps a room above his shop—where he had lived with his wife before she died—as it would have looked before the Revolution. His clothes are simple, his hair is white, and he wears spectacles and speaks in a cockney accent. But he has an air of intellect, as of a better-educated member of the English working class. There is more to Mr. Charrington than Winston notices at first. 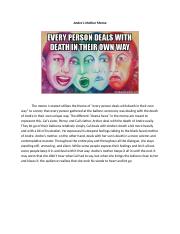 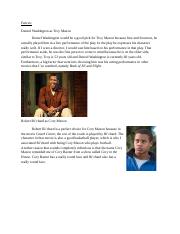 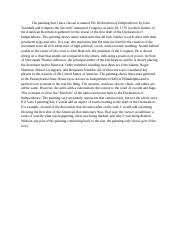 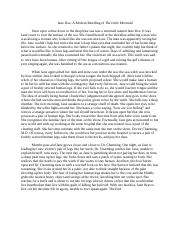