The contrasts between Europe—as represented by England—and America are at the heart of this novel. To Twain, Europe equals the past: tied to traditions, weighed down with rules and expectations and history, and unable to adjust to modern ways of thinking. America is the future: embracing technology, freedom, and the ability to change one's life through one's own endeavors. Twain includes some nuance in this comparison. For example, he acknowledges the dark side of technology, showing how it makes it easier to quickly kill many people with 19th-century weapons. Additionally, Hank Morgan, his representative American, grows to appreciate the noble hearts of some in Camelot. A noble heart may or may not accompany a noble title, but King Arthur, Sir Launcelot, and Sandy all become very important to Hank.

Twain devotes much time in the novel to identifying the ways in which Hank finds the 6th century misguided or backwards. Twain doesn't trouble himself with differentiating between the 6th and the 19th centuries very much. Twain may still have been stinging from Matthew Arnold's criticism in his book Civilization in the United States (1888). Arnold criticized Americans in general—and Twain in particular, although not by name—for a lack of reverence for the past. Hank feels no reverence at all: he is in a hurry to get things back to a more comfortable and equitable arrangement.

Not only does Twain object to the social classes and monarchical governance of European countries, but he intends to deglamorize European literature. Arthurian legends such as Sir Thomas Malory's Le Morte d'Arthur (c. 1470) and Sir Walter Scott's Ivanhoe (1819) were particularly popular reading in 19th-century America. While Twain enjoyed the tales, he also clearly took pleasure in using this book to puncture some of the elegant mythologies about medieval life. Twain puts in a vote for American literature, hoping his American hero will stand up against the British knights and win the reader's heart as well. He was particularly bitter about Sir Walter Scott and Ivanhoe. Chivalrous and romantic nonsense like Ivanhoe contributed to some of the mythology around the "Southern way of life" and the "Lost Cause" myths about the Civil War. Confederates used these myths to present themselves as heroic, knight-like figures defending their small fiefdoms. Twain was vehement about "Sir Walter disease," as he called it in Life on the Mississippi (1883). Accordingly, he took great pleasure in painting Camelot as very different from Scott's lordly and eloquent environment.

Twain grew up in a slave-holding society, but as an adult he rejected slavery entirely. His wife's family included noted abolitionists, and Twain wrote letters and gave money to support Frederick Douglass, Booker T. Washington, and others. Still, some of his books could be ambiguous in their expression of antislavery attitudes. A Connecticut Yankee in King Arthur's Court is one of his most aggressively antislavery books. This may be because he felt the character of Hank Morgan would be more vehement. Hank is not only a 19th-century man but also a Yankee from Connecticut and, clearly, an abolitionist who rejects slavery. Some scholars have also suggested the slavery in A Connecticut Yankee in King Arthur's Court would be more offensive to Twain's audience because the slaves are white people. That might have given Twain freedom to be more vocal in his attacks on slavery.

Twain also makes the point that slavery can exist even when a person is technically free. He describes the misery of freemen in Arthurian England. It is not hard to make the connection to the lives of free African- Americans who were suffering in post-Civil-War America.

Hank Morgan's biggest antagonist in the novel is the Catholic Church. America is a predominantly Protestant country, and Twain's anti-Catholic sentiment has its roots in that history. However, Hank's anti-Church attitude also comes from the Church's tremendous power in the Middle Ages. This power is historically accurate. Through the power of the pope and the divine right of kings, the Catholic Church controlled much of Europe. Before the invention of the printing press, monasteries and churches were also seats of learning. Unlike most other workers, religious figures like monks and priests needed to read in order to study the Bible. Connecting learning to religion allowed the Church to control what people learned and who learned it, and Church officials often chose to reject scientific discoveries. Therefore, it is unsurprising that Hank and the Church would butt heads. 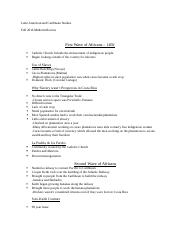 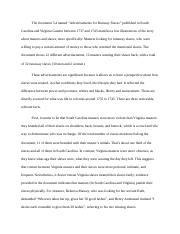 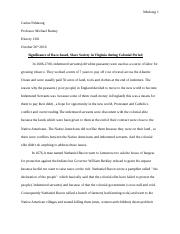 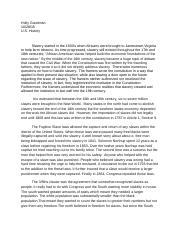 View all
There are 11 questions that I need help answering. The 11th is hiding in the last paragraph below. This is over the book Beloved by Toni Morrison. Thank you! 6 SENTENCES MINIMUM PER ANSWER! An MLA in-
PLEASE MAKE SURE EACH ANSWER IS EXACTLY 6 SENTENCES LONG. ALSO, PLEASE MAKE SURE TO USE AN EXAMPLE FROM THE NOVEL IN EACH ANSWER, WITH A CITED QUOTE. THE QUOTES MUST BE CITED. TO CITE JUST PUT THE AUT
Respond: Part 1: Compare the literary description of the holocaust in Elie Wiesel’s Night with the cinematic portrayal of similar events in Steven Spielberg’s Schindler’s List. Is literature or cinema
in the book 12 years a slave what cruel ironies of slavery are depicted in the story of the slave Eliza and her children?
Cite This Study Guide

Have study documents to share about A Connecticut Yankee in King Arthur's Court? Upload them to earn free Course Hero access!