Ibsen wastes little time getting to the heart of his play. Within the first few minutes of A Doll's House, all of the major themes have been released. Ibsen is unique in his ability to make seemingly common dialogue about ordinary topics carry multiple meanings and thematic relevance.

Nora and Torvald's relationship is based on stereotypes. The role of each in the marriage is defined by what men and women are supposed to do rather than by what might work for the couple as individuals.

Torvald represents what he himself calls the "true man's heart." However, events in the play expose this ideal for what it is: a false heart attached to hypocritical expectations. Among them is the belief that women should accept a lesser status and value than men.

For her part Nora represents the masses of women who have given up their unique identities in order to conform to societal stereotypes. Yet these roles are just as false as the male beliefs that created them. As shown through events in the play, such roles are both unfulfilling and unsustainable.

From the moment the play opens, the pervasive sexism of the era is evident. Nora cheerfully goes about her holiday preparations while Torvald, her master, lords his power over her regarding every detail. Nora is expected to be his ideal wife while simultaneously enduring his derogatory "that is like a woman!" attitude when she acts the way he expects and desires. Through this dynamic, Ibsen exposes sexism for what it is: contradictory and impossible.

The interactions between the couple relentlessly reinforce the theme throughout the play. It is perhaps most apparent in Act 2 when Torvald and Nora are trying their best to please each other. It is at this very moment, however, that Torvald becomes angered by Nora's desire to be acknowledged for trying to please. Torvald has chosen Nora's costume and dance music for the party and asks for credit for his idea, saying, "wasn't that a happy thought of mine?" "But don't you think it nice of me too, to do as you wish?" Nora replies. Her comment causes Torvald to see equal treatment as rebellion: "Nice?—because you do as your husband wishes? ... you little rogue, I am sure you did not mean it in that way."

And again, near the end of the play, Torvald reveals just what low regard he has for women, calling Nora "a thoughtless woman" who has put him at the mercy of Krogstad and is therefore unworthy of his affection. Yet, when the situation is rectified, Torvald is ready to take her back and simply cannot understand why she won't respond to his command. In his mind women have no life outside of what their men tell them to have. So Torvald is incapable of seeing Nora as her own person with her own thoughts, wants, and needs. Once Nora realizes this, she knows she has no choice except to leave the sexist marriage if she is to find herself.

Krogstad brings up the central question of whether a person can truly be an individual within the boundaries of society. Nora's departure delivers the answer: to be an individual means to—at least temporarily—reject or ignore social norms. However, Ibsen uses characters surrounding Nora to suggest that complete exclusion from society is impossible. The goal is rather for the individual to achieve independence. Once a person is comfortable with his or her unique personality, the individual benefits society by living more authentically within it.

Krogstad and Christine have been freed from the fetters of society by misfortune. They both long to rejoin it and cannot be permanently happy or fulfilled outside of its traditions of marriage, honest wage earning, care for others, and respect from peers. Ibsen uses the individuality of Christine and Krogstad to reflect Nora's circumstances, and as a couple to contrast Nora's relationship with Torvald. Krogstad has committed the same crime as Nora; Christine has achieved the independence Nora longs for in the beginning of the play. Both have paid a heavy price. By drawing strong parallels between Nora and these characters who have lived outside of society's expectations, Ibsen anchors Nora's defiance of society. Yet the theme of the individual versus society in A Doll's House is not intended to be a tribute to chaos. Nora's future is a riddle, but Ibsen has left the audience with a clue to the riddle's answer in Christine and Krogstad. It seems this is a couple who will start a new and honest life together. Torvald, on the other hand, remains on stage alone at the end of the play, still pondering the question.

The theme of self-awareness unfolds throughout Nora's journey. Dr. Rank also represents self-awareness, both in his ability to see that his death is nigh and to admit to Nora that he is in love with her. With his honesty, he stands in stark contrast to his friend Torvald, who holds an inaccurate yet unshakable belief in his own superiority.

At the beginning of the play, Nora is unaware that she lacks self-awareness. As the play unfolds she gains a sense of this as she matches her intellectual, moral, and emotional viewpoint to those of her husband and father. Torvald speaks of Krogstad as a "poisonous" endangerment to his children and a person who must wear a mask "in the presence of those near and dear to him." These words plant the seed of self-discovery in Nora. The horror of the thought of herself as being unworthy or harmful to her children forces Nora to see the consequences of her actions at the end of Act 2. In that moment she makes the earnest decision, "I shall not be able to be so much with them now as I was before," and she withdraws incrementally from her children throughout the rest of the play.

Whereas Torvald has cast doubt on Nora's sense of being a good person, it is Dr. Rank who provides an example of what a self-aware person is—in his strength to speak the truth, face his death, and see Nora for who she is. When Torvald exposes himself as a hypocrite, Nora chooses not to let an unaware man educate her, and she strikes out alone to gain a better, stronger sense of self.

In developing Christine's character, Ibsen underscores the importance of honesty. You cannot know yourself or have a healthy relationship without it. The old adage "the truth shall set you free" rings particularly true by the end of the play, after watching the struggles created by various characters' untruths.

From the beginning, the more Nora lies and hides from the truth, the more confused she becomes. From the tiniest deception (eating macaroons) to the crime of forgery, Nora builds a tangled web of lies. Christine serves to unravel them, both the lies told to Torvald and the deeper lies of Nora's self-deception. As a result, Nora is able to grow from someone who appears only able to play at life into a person determined to live deeply.

The differences between the two characters are stark. Nora is beautiful. Christine looks older than her years. Christine takes care of her dying mother, while Nora borrows money by forging her father's name and neglects to see him before he dies. Christine seeks a husband to live for; Nora wants to live independently. And most important, Christine is honest, while Nora lies.

Nora and Christine gradually switch circumstances by the end of the play. In the process of this transformation—which requires Nora's honesty to be complete—Christine becomes Nora's accomplice and mentor, urging her to find "understanding" through honesty, which Nora tries to avoid until the moment it is impossible for her to do so. It is Christine telling Krogstad to leave the letter—that Torvald must read it—makes the truth inescapable for Nora. With the exposure comes the opportunity to take her flight to freedom. 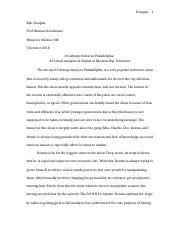 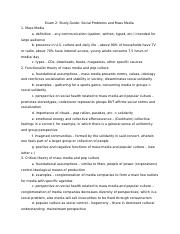 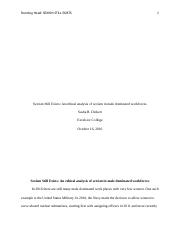 View all
essay on my hobby essay on corruption essay on over population
1a, Define resilience B, what is the relationship between resilience and grit towards success in college (20points)
The article i've chosen is attached, "Screwing up, honesty, integrity and saying sorry.... By Alicia Wood Using APUS Library's search tool, Summon, select a recent article or news story about honesty
Respond at least 60 words 1.How does Emotional Intelligence (EI) align with the University Learning Goal of Communication and/or Collaboration? Please explain.
Cite This Study Guide

Have study documents to share about A Doll's House? Upload them to earn free Course Hero access!