Literature Study GuidesA Portrait Of The Artist As A Young ManSymbols

A Portrait of the Artist as a Young Man | Study Guide

Course Hero. (2017, February 27). A Portrait of the Artist as a Young Man Study Guide. In Course Hero. Retrieved August 11, 2022, from https://www.coursehero.com/lit/A-Portrait-of-the-Artist-as-a-Young-Man/

A Portrait of the Artist as a Young Man | Symbols

Opposing colors, particularly maroon and green, represent opposites or opposing views. One of the earliest examples of color opposition occurs at Clongowes when Stephen is very young. As he sits in class as part of a team named after the War of the Roses, he struggles to solve a math problem to please his teacher. However, his mind wanders to thoughts of roses standing out against green grass. After he abandons any thought of doing his math problem, he muses there can be no such thing as a green rose.

Joyce also makes use of the contrast between white and black or light and dark as a current that runs through the book. There are multiple examples of black or darkness as negative: brothels and the shadows Stephen sees with his broken glasses, for example. In contrast, white or light is positive, such as Eileen's ivory hands.

Stephen's last name recalls the ancient Greek myth of Daedalus, a story of aspiration. Daedalus was a great builder and thinker. One of his most famous creations was a labyrinth, created for King Minos of Crete to imprison the monstrous Minotaur. The labyrinth was so complicated Daedalus himself had trouble finding his way within it. King Minos was infuriated after the hero Theseus solved the labyrinth and killed the Minotaur; the king subsequently locked Daedalus and his son in a dark tower. Daedalus built wings from feathers and wax for himself and Icarus so they could fly out of prison.

After some careful planning, the father and son took flight. Soon afterward Icarus, against his father's direct warning and flaunting the gods' powers, flew too close to the sun and died after the sun melted his wax wings. Embedded in Stephen's character is the risk he will end much like Icarus through his flaunting of religion, family, and nationalism.

The image of Daedalus and Icarus, recalls, as well, the symbolism of birds. In the novel birds act as Daedalus's wings, representing flights of the imagination and his upcoming flight into exile. Stephen sees birds when he is musing on a complicated idea or question. Birds provide a distraction for him and also symbolize the inner movement of his thoughts; he is flying away from his task because—although he doesn't realize it yet—he finds the work abhorrent. One of the most prolonged meditations on birds as harbingers of exile occurs in Chapter 5, just before Stephen is about to tell his classmate Cranly he has decided not to pursue the priesthood; he suggests here that the birds might also represent "departure" or "solitariness." Stephen calls on Daedalus for strength as he stands on the brink of leaving Ireland for good to develop his artistic life.

Stephen shares his first name with the first Christian martyr, St. Stephen, who was stoned to death after being falsely accused of blasphemy (speaking negatively about God). The name suggests Joyce's character suffers as a result of his strong faith and is willing to die for it. This is certainly true of Stephen when he initially commits himself to the Catholic Church and its teachings. Later, the meaning shifts, as he dedicates himself to art, which leads him to leave behind all that created him: family, Ireland, and his faith.

Toward the end of the book, Stephen bolts from his family's house and strides through the streets of Dublin, finally finding himself at the ocean. There he sees a girl standing in the waves, "as delicate as a crane." The girl is wholly perfect for this moment; her appearance marks Stephen's commitment to art. She is a muse who contains within her being all of Stephen's dreams. Stephen's feeling when he looks at her is the same feeling artists have when they are inspired: elation combined with a desire to make a great work. So the wading girl symbolizes for him the artistic ideal, the hunger within every artist to create a perfect representation of an artistic vision.

Throughout the novel, the act of writing is linked to rebellion and Stephen's awareness of his unique vision. One of the very first instances of this occurs in the first chapter, when readers learn Stephen has written an elaboration on his name and address in one of his textbooks, beginning with his name and ending with "The Universe" as his location. Though playful the gesture indicates an impulse to see his place in the world as inclusive—an impulse that will become more prevalent as Stephen gets older. 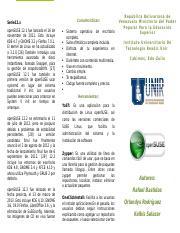 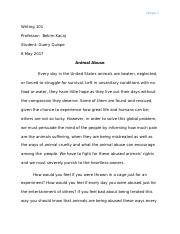 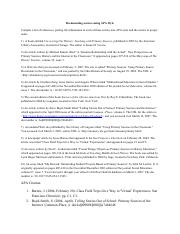 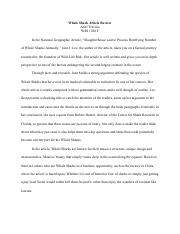 View all
What are ways that I can analyze scenes of movies in my essays?
I need help with please Explain the importance of the metropolis to the themes and ideas of modern art and literature.
Instructions: Review methods and strategies for taking notes from your reading in Unit 7. Read the following AIDS Patient Discharge Instructions passage. Create digital notes, using Word. Consider the
Explain the origin of the term “impressionism.” Explain the origin of the term “impressionism.”
Cite This Study Guide

Have study documents to share about A Portrait of the Artist as a Young Man? Upload them to earn free Course Hero access!