A Tale of Two Cities | Symbols

Charles Dickens uses symbolism in A Tale of Two Cities as an integral part of the plot. The symbols he uses throughout the novel to represent human conflict and desperation, as well as the decency that humanity is capable of preserving, are so strong that they could almost be said to serve as characters in the novel themselves.

From the beginning of the novel, the echoes of approaching footsteps represent threat. This begins in Chapter 2 as Jerry Cruncher approaches the mail coach, and the sound of his horse's approach terrify the people in the coach. In London, the Manettes' home is in a recessed corner. Its inhabitants do not see people passing on the street but hear the echoes of their footsteps. Even the tapping of raindrops on the pavement sound like footsteps. In such sounds, Lucie Manette imagines the echoes of her family's footsteps and of people she has yet to meet. A storm can sound like a crowd approaching. As the revolution begins in France, the narrator links the bloody footsteps of revolutionaries to those echoes.

England, although it has its own dangers—violence, injustice, and difficulty—is politically far more stable than France, and for the Manette family and Charles Darnay, it is a safe haven. It symbolizes stability and safety.

France symbolizes utter chaos, loss of humanity, and violence. The French Revolution and the frustration and despair of hunger and mistreatment have turned the entire society upside down. Everyone is a suspect, everyone is a possible enemy, and generally decent people become cold-blooded murderers in the name of liberty.

Dickens names an entire book (Book 2) in A Tale of Two Cities using the thread symbol: "The Golden Thread." That golden thread is Lucie, who connects all of the people in the English story line of that book. Her thread is golden because she is a good-hearted and loving person who would never do anyone any harm. Meanwhile, in France, Madame Defarge (with her knitting) is the thread connecting the revolutionaries and their victims, including Darnay and his family.

Knitting, of course, names not only a few chapters but also symbolizes the threat of death because Madame Defarge uses her knitting to register the people who will be denounced and condemned to die. She and her group of women, The Vengeance among them, sit and knit while silently watching people lose their heads at the guillotine. The quiet, humble craft of knitting, which is generally considered productive and is usually such a comfort to those who practice it, has been subverted into a weapon of revenge. The way knitting has been corrupted mirrors the way humanity has been corrupted in France: Everything that could possibly be loving and kind has become vengeful and dangerous.

The guillotine is the ultimate symbol of death, injustice, and revenge. It is a quick way to die, but it is also gory and very public, quickly reducing the formerly mighty and arrogant to decapitated corpses, which delights the bloodthirsty crowds. However, it is also the last stop in a corrupt system that lumps the innocent in with the guilty, offering no due process. The guillotine casts a literal and figurative shadow over everyone's lives. 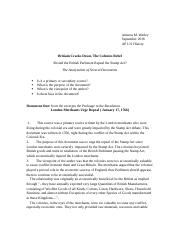 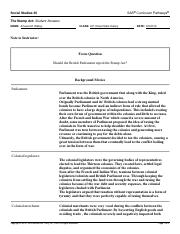 Focus Question Should the British Parliament repeal the Stamp Act? 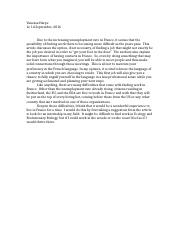 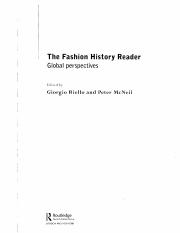 Have study documents to share about A Tale of Two Cities? Upload them to earn free Course Hero access!