Course Hero. (2016, October 13). All Quiet on the Western Front Study Guide. In Course Hero. Retrieved May 28, 2022, from https://www.coursehero.com/lit/All-Quiet-on-the-Western-Front/

Professor Bradley Greenburg of Northeastern Illinois University provides an in-depth summary and analysis of Chapter 6 of Erich Maria Remarque's novel All Quiet on the Western Front.

All Quiet on the Western Front | Chapter 6 | Summary

The soldiers return to the front lines early due to rumors about a coming attack. On their way they pass a bombed-out schoolhouse with a hundred fresh coffins stacked up outside. It dawns on the soldiers that the coffins are for them, and Paul Bäumer drily notes that "the organization surpasses itself in that kind of thing." The soldiers see that the British have strengthened their artillery, their long-range guns. In comparison, the shells the Germans launch have begun falling back into their own trenches because their long-range guns are so worn out that they can't reach their intended targets. The men's morale is at an all-time low.

The soldiers notice that the rats in the trenches have multiplied, which means the trenches are deteriorating. Detering worries that it is a sign of a coming bombardment. The rats are eating the soldiers' bread, and the soldiers try in vain to outwit them. The soldiers' rations increase, which makes them nervous, because it signals that there are bad times ahead. But days pass without incident, and Paul and the others hope that they may be lucky. Instead, they are awakened suddenly by heavy fire that lasts all night and into the next day, nearly destroying their trench. Their rations are delayed because of the barrage, and they begin to go hungry. One of the newer recruits begins to lose his mind. He tries to leave the trench, but Paul and Kat try to stop him. They eventually force him to calm down, but tensions remain high.

The bombardment ceases, and the attack begins. The soldiers begin throwing hand grenades, and they recognize their attackers as the French army. The soldiers start firing machine guns at them. At this point, Paul says, they have "become wild beasts," and the enemy becomes death, not any particular country or army. The soldiers finally reach a new trench that is in better condition, and they are able to cut off the enemy attack. Paul notes that they have "lost all feeling for one another" amidst the chaos and carnage. Only gradually do they "become something like men again" after the attack is over.

Later that night, Paul finds himself on watch, and drifts into a haze of memories. He recalls being in a peaceful cathedral, and a grove of poplar trees he played in as a child. He finds it odd that all the memories he experiences at moments like this are completely calm and silent, which always causes him to become more alert lest he drift off and forget where he is. He notes that at the front there is no such thing as quiet, and this is why the memories make him melancholy, because they belong to a peaceful world before the war. This kind of peace is now unattainable, because Paul and his comrades have changed so profoundly.

Over the next few days, the attacks and counterattacks continue, while the dead and wounded begin to pile up around Paul and the other soldiers. They can't find one of their wounded comrades, but they can hear him crying out. His cries haunt them, and they search in vain. The smell of the corpses around them becomes unbearable. Most of the newly dead were new recruits, and so reinforcements are sent in again, men with very little training. Many of them are also killed quickly due to their inexperience.

At one point Paul encounters Corporal Himmelstoss in the trench, pretending to be wounded. Paul is furious, knowing that the younger recruits are above risking their lives while Himmelstoss cowers in safety below. Paul heaves him out of the trench by force, and Himmelstoss rejoins the troops as though nothing has happened. In the meantime, Paul and his comrades try to train the new recruits as best they can during downtime between attacks. Haie Westhus suffers a "great wound in back," and thinks he may die. The troops yield very little ground but lose many men. Paul notes that it was summer when they arrived at the front, and now it is autumn. There are only 32 men left in their company out of the 150 they arrived with.

This chapter brings to a head the psychological and physical suffering that Paul Bäumer and his comrades must go through by describing the brutal details of trench warfare. The sight of the freshly made, empty coffins stacked up outside the bombed schoolhouse foreshadows all the death to come. But although they sense the devastation to come, the men continue on as though they have no choice. Out of 150 men that arrive that day, only 32 remain alive by the end.

World War I was fought on a different scale and with different tactics than previous wars. The goal was not to "defeat" an opposing army but to wear them down with endless bombardment until they were forced to retreat. The soldiers were thus spurred by fear of death rather than the call of glory in battle. Paul's depiction of the brutal chaos and suffering on the front lines reveals that he sees death as a game of chance in which a soldier will get only so far before the odds turn against him.

Paul likens the front to "a cage in which we must await fearfully whatever may happen," and the soldiers have little control over their environment or fates. Death and destruction have become almost absurdly inevitable. For example, Paul recalls a time he left a dugout where he was playing cards to visit friends in another dugout nearby. He returns only to find it had become a bombed-out hole while he was gone. When he goes back to his friends' dugout, he finds that, too, has been bombed.

This lack of control also makes the soldiers increasingly indifferent to their fates and the death of others. Remarque contrasts the new recruits to Paul and his comrades, despite the fact that they are not much younger. They are reminders that Paul and his friends were just as inexperienced and frightened once, but what they have seen and learned in combat has made them veterans of suffering and battle very quickly. The recruits grow anxious and frightened easily, but Paul and the others have an air of detached indifference.

Paul is so desensitized that he claims that he would kill his own father if he came at him as part of the enemy troops. He describes the litany of gruesome deaths at the front in a rote fashion, as though he feels nothing. In one particularly grisly scene, Paul witnesses a lance corporal who "has his head torn off," but continues running as if nothing has happened to him "while the blood spouts from his neck like a fountain." This soldier could serve as a metaphor for the experience of all the soldiers, who continue to fight robotically after the war has bled their humanity dry.

It's significant, however, that despite Paul's detachment, he doesn't see the opposing soldiers as enemies—he sees only death as the enemy. For a brief moment he locks eyes with an opposing soldier and sees him for what he really is—a frightened man of about the same age as himself. But Paul must survive, and so he throws his grenade at him, killing him on the spot.

When Paul is left to his own thoughts on the night watch, he remembers more peaceful times, but rather than bring him peace, they only serve to make him feel even more alienated from his past. He believes that even if he could experience these peaceful times again, he is so profoundly changed that they wouldn't have the same innocent effect, and that he and his comrades are now merely existing, instead of truly living. 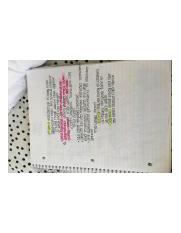 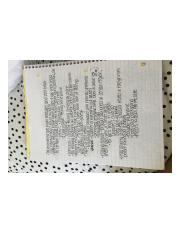 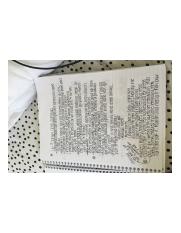