Course Hero. (2016, October 13). All Quiet on the Western Front Study Guide. In Course Hero. Retrieved May 19, 2022, from https://www.coursehero.com/lit/All-Quiet-on-the-Western-Front/

Professor Bradley Greenburg of Northeastern Illinois University provides an in-depth summary and analysis of Chapter 7 of Erich Maria Remarque's novel All Quiet on the Western Front.

All Quiet on the Western Front | Chapter 7 | Summary

Paul Bäumer's company is taken back to the field depot to be reorganized—they will need more than 100 reinforcements. Corporal Himmelstoss approaches Paul and his comrades. They are wary but open to giving him a chance Because Himmelstoss helped Haie Westhus after he was injured. Himmelstoss tells them he is taking the place of the cook, and gives them sugar and butter. Finally, the soldiers begin to feel well fed and well rested.

Paul reflects on the lies that the war news tells about what good spirits the troops are in. He says that they don't act in good spirits because they feel that way, but "because otherwise we should go to pieces." He suspects that after the war is over, the feelings they have repressed so deeply will rise to the surface, and only then will they be able to deal with them.

The men go swimming one evening and flirt with a group of Frenchwomen on the other side of the canal. Tjaden finds a loaf of bread to share with them, but the soldiers are forbidden to cross to the other side of the canal without a pass. They make a plan to meet them after dark at the women's nearby house. Later that evening, the men swim back across the canal with bread, cigarettes, and sausages to share with the women. Paul spends time with a brunette, kissing and holding her, but feels only yearning and misery rather than any real sense of connection or satisfaction.

The next day, Paul is given a pass to go on leave for 17 days. He is grateful, but he worries about who will and won't survive while he is gone. Paul reaches his town by train and walks through the streets to his childhood home. He opens the door and, seeing his sister, is overcome with emotion, begins to cry, then pulls himself together. He visits his mother, who is ill, but does not know what to say to her. Paul feels "a sense of strangeness," as though he can never truly feel at home here again. He lies to his mother, telling her that fighting on the front lines is not so bad.

Walking through town, Paul encounters an army major who confronts and berates him for not following proper saluting protocol. Paul grows furious but must obey the major's orders to double-march in the street. The encounter ruins Paul's evening. He changes into his civilian clothes and tries to fit in with his family, but grows weary of his father's questions about the war. Paul notes that "it is too dangerous for me to put these things into words," and he doesn't want to have to explain or think about them. In the streets, he is alarmed by the noise of tram cars, which "resembles the shriek of a shell coming straight for one."

Paul imagined that his leave would be better than this. But he realizes that he has changed since he went away, not his family or his town. He is torn when he sees people going about their everyday lives and jobs, seemingly untouched by the war. Paul wishes he could be like them, but he feels repelled by how narrow their lives seem, while the soldiers are risking their lives. At home, Paul remembers how important his books were to him in the past. He now knows that their words no longer move him.

Paul goes to visit his friend Mittelstaedt, who informs him that their old teacher Kantorek has been called up as a territorial (or low-ranking) soldier. Mittelstaedt tells Paul that he reminded Kantorek of how he encouraged all his students to enlist, and how one of them, Joseph Behm, died before he made it to the front lines because of Kantorek's advice. Mittelstaedt delights in humiliating Kantorek in front of Paul, forcing him to perform tiring military exercises as he ridicules him.

Later, Paul reflects that going on leave is awful because it makes everything that comes after it so much worse. Paul knows that before he goes back, he must visit Franz Kemmerich's mother. She asks him how Kemmerich died. Paul lies and tells her that her son was shot and died instantly. She doesn't believe him, and begs Paul to tell her the truth. Paul decides he will never tell her, and pities her for not understanding that dead means dead, and the anguish is not worth wasting on a single life.

This chapter serves to highlight the drastic differences between a soldier's life on the front lines and his life on leave, and how hard it is to reconcile the two. Paul Bäumer seems to be aware of his own attempts at psychologically distancing himself from the trauma he has witnessed. He acknowledges that it is getting harder and harder to cope with what he's seen. Corporal Himmelstoss's attempts to befriend Paul and his comrades show what an equalizing force battling on the front lines can be. Himmelstoss once enjoyed exerting power over them. But after his experience in the trenches, he better understands what the soldiers actually go through and attempts to close the gap between them.

The soldiers' encounter with the young Frenchwomen shows how the concept of "the enemy" is abstract at best—to Paul and his comrades, they are just women who seem interested in them. The exchange is mutual and reveals that "flirting" is only a means to an end for each party—the women get food and the men get female company. Paul's only experience with women thus far has been with prostitutes in brothels. Although he believes this time things will be different, he quickly understands that this encounter is yet another business deal and that the women are not interested in him as a person.

Paul's return to his hometown on leave shows how much he has changed since the war began. He feels alienated from everything about his former life, from his family to his books. Rather than provide him solace and comfort, his leave only reveals how little he no longer fits into his old life. This only serves to make him feel lonely and detached. He can't even speak about the war to those who take an interest, because "it is too dangerous for me to put these things into words. I am afraid they might then become gigantic and I be no longer able to master them." Emotional distance is crucial to his mental survival. He also understands that there is no way to truly explain the horrors of war to those who have never experienced it first-hand because they would rather believe in the abstract glory and honor that comes with fighting than the gruesome reality.

Paul is jealous of those who have remained in their civilian lives, but also suspects that he will not be able to return to such a routine existence after everything he has experienced. The divide between a soldier's life and a civilian's life is enormous, and Paul knows that it is too difficult to bridge. All of his previous interests, such as a reading and writing, no longer hold any interest for him. It's as though his entire identity has been reshaped by being a soldier. 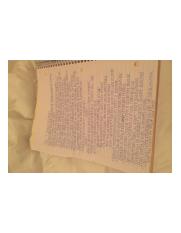 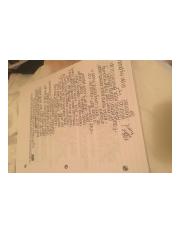 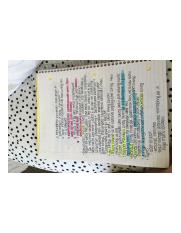