After Mr. Jones, the drunken owner of Manor Farm, goes to bed for the night, the animals gather in the large barn to hear a message from Old Major the boar. They gather around his bed on a raised platform at the front of the barn, with dogs and pigs at the front, sheep and cows behind them, followed by the horses. Muriel the goat and Benjamin the donkey are at the back. The hens occupy the windowsills, and the pigeons sit in the rafters. Mollie, a mare who pulls Mr. Jones's carriage, arrives late but takes a place at the front. The only animal absent from the meeting is Moses, Jones's pet raven.

Old Major begins his speech saying his own death is coming soon and explains how his age gives him a special understanding of the nature of life. He says the lives of the animals are filled with misery and exploitation. Animals work for little food and are killed when they are no longer useful. The products of their labor, even their own offspring, are taken away from them. Old Major believes Man is the cause of this bleak existence because Man consumes without producing anything. Old Major encourages the animals to band together and prepare for a rebellion to overthrow Mankind.

When rats come into the barn during the meeting, some of the dogs attack them. At this point the animals hold a vote and determine that rats and other wild creatures are their comrades as well. After this decision Old Major describes a dream he had of a world in which animals are free, which brings him back to a song from his childhood, "Beasts of England." A key verse includes the lines, "Soon or late the day is coming,/Tyrant man shall be o'erthrown,/And the fruitful fields of England/Shall be trod by beasts alone." He teaches the animals this song, and they sing together until they awaken Mr. Jones, who drunkenly responds by firing his rifle into the night. This commotion ends the meeting.

Mr. Jones is introduced as a drunkard, which prevents him from properly closing the small doors, or pop holes, of the henhouse on the night of Old Major's meeting. Mr. Jones's drinking habits also prevent him from properly caring for his animals. Although on this night the open doors in the henhouse give the hens a means to attend the meeting in the barn, the open doors could have just as easily allowed a predator access to the sleeping birds.

The order in which the animals sit at the meeting significantly foreshadows the hierarchy that will emerge on the farm after the animals take over. The dogs are already close to the pigs, and both species take places of privilege at the front of the crowd. Even though Mollie is late to the meeting, she takes a place near the front, which speaks to her own, ultimately misguided, sense of entitlement. The horses Boxer and Clover sit near the middle of the crowd, which indicates they are team players. Benjamin the donkey is arguably the smartest animal in the room, but he remains near the back because he does not want to be involved in the meeting or the revolution.

Old Major's speech indicates all the ways the animals could benefit if they get away from Man's control. His urgings for unity among the animals reflect his idealized vision of how he thinks the world should be, and he assumes the animals will be able to preserve equality and unity; he believes none of them will step into the void of power left behind when Man is overthrown or use the new structure to benefit only themselves. In the allegorical parallels with the Communist Revolution in Russia, Old Major is commonly seen as an analogue to Karl Marx or Vladimir Lenin, both of whom set forth an idealized world in which all workers were equal, equally owning the means of production and equally enjoying the fruits of their own labor. Both communist ideals and Old Major's dream disregard the seductive nature of power and the willingness of some humans, or animals, to exploit a system that could give them advantages. 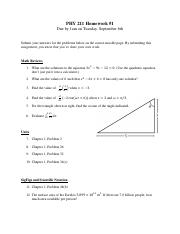 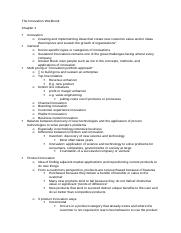 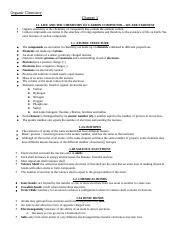 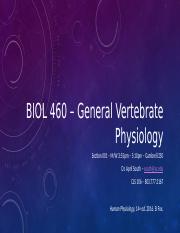