The animals work hard to harvest the hay, and the yield proves to be the largest in the farm's history. They also complete it two days earlier than Jones and his crew ever did. The pigs do not participate in the actual labor but supervise the workers and modify the necessary tools so the animals can use them. Boxer, whose physical strength is a great asset, and Clover are the most productive. All of the other animals do their parts as well, down to the ducks and hens who pick up stray bits of hay to prevent any waste.

The summer after the revolution is a satisfying time for all the animals because they can enjoy the fruits of their own labor—most of them, anyway. After the harvest, the animals finally discover the milk is going into the pigs' mash, and when the apples begin to ripen, the pigs claim those as well. Squealer argues that the pigs do not enjoy milk and apples but need the extra sustenance to carry them through all the brain work of managing the farm to ensure that Mr. Jones does not return. Otherwise, rations are provided to the animals according to their needs, and everyone does his share of work, except for Mollie and the cat. Often neglectful of their duties, they somehow always have convenient excuses. Motivated by the cause of Animalism, Boxer seems to work harder than ever. Benjamin continues to work as he always has—no more, no less—but offers no opinions about the rebellion or its aftermath.

Sunday mornings are reserved for a ceremony that involves saluting the farm's flag (a hoof and horn on a green field), followed by a meeting in the barn. Here the pigs put forth plans for the coming week's work and present resolutions on which the animals can vote. Napoleon and Snowball debate during the meetings because they disagree a lot. The meetings end with the animals singing "Beasts of England," and then the animals use Sunday afternoons for rest and relaxation.

The pigs attempt to teach the other animals to read and write, but few of the animals learn the alphabet beyond several letters. Instead, since most of the animals cannot read or memorize the commandments, Snowball shortens them to a single slogan: "Four legs good, two legs bad." The sheep become fond of chanting this slogan, doing so for hours on end. Napoleon takes nine puppies from Jessie and Bluebell into his own care with the promise to take full responsibility for their education.

The scope of the pigs' influence and control over the farm becomes evident as the animals settle into a routine. The pigs' supervision of the harvest, giving orders from behind the horses, seems eerily similar to the position humans once occupied on the farm. Their decision to keep the choice bits of produce from the farm, the apples and the milk, also reflects a sense of privilege. The excuse that they need the extra nutrients establishes inequality at the outset because it implies that mental labor is more important and difficult than physical labor. The animals grumble about this situation, which means they sense its unfairness, but Squealer silences them with the question that will become his trump card: Do you want Mr. Jones to come back? That is the last thing the animals want. In an instance of dramatic irony, this statement covers up the fact that some of the pigs' practices are exactly like Jones's, so in a sense he has already returned.

The primary obstacle to equality that all the animals face is their inability to read and write. This situation alone gives the pigs a tremendous advantage. They have a skill set the other animals don't have or understand, so the "brain work" argument seems legitimate to them; they don't know what "brain work" actually involves. The pigs make only a cursory effort to educate the animals. Rather than continue the reading and writing lessons, they quickly reduce the Seven Commandments to a single simplistic slogan. Not only does this lack of literacy allow the pigs to maintain their advantage, but the pigs set up a headquarters for themselves in the harness room so they can study books from the farmhouse, expanding their knowledge while the other animals' remains limited.

As is the case with many totalitarian regimes, the leaders do not expend their energies trying to fully educate the populace, because it is in their best interests to keep the populace relatively ignorant. Uneducated citizens lack the ability to think critically about what their leaders tell them. Even in current slang, the term sheep describes mindless followers, so it makes sense that the sheep become the animals on the farm who most enjoy chanting the new slogan, "Four legs good, two legs bad," without really considering what it means. Similarly, pigs are gluttons who take more than they deserve or should have.

With these facts in mind, Benjamin may be the most troubling character of all. He reads and writes as well as any of the pigs, and he observes the events on the farm with a critical eye. He appears to understand what is happening, that the pigs are taking advantage of the situation. At the same time, he is given over to cynicism and the belief that nothing will ever really change, so he does not bother to get involved. In this way, he is similar to many educated citizens, under any form of government, who decline to participate or assume leadership because either it is too much trouble or they feel defeated by the system. 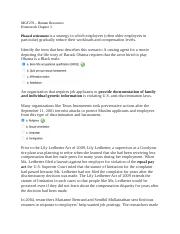 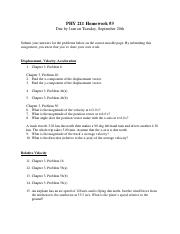 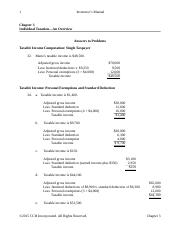 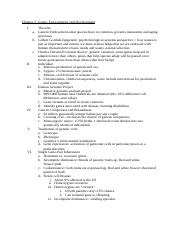 View all
Please this job is very urgent, i need it in seven hours from now disregard the time given by the account itself. I need a person answer the following questions as per the books given. Please mind tha
hi can you guy help me to answer this https://youtu.be/arq3bDApGb4 outliers chapter 3 thanks
For the book LIFE OF PI trace three of the following threads through the novel. In a minimum of one paragraph for each explain the various literary effects of each of the threads and how each is relat
Cite This Study Guide