Snowball and Napoleon work through the summer to spread word of the rebellion, sending out pigeons and teaching "Beasts of England" to animals on neighboring farms. Meanwhile, Mr. Jones tells his side of the story at the village pub. The other farmers, especially Mr. Frederick and Mr. Pilkington, ignore Jones's problems and are more interested in how they might take advantage of the situation. They also worry about potential rebellions on their own farms. To deter their own animals from revolting, they tell stories of fighting, starvation, and even cannibalism and torture at Animal Farm. However, the other animals in the county don't believe the humans' version of events, and small acts of rebellion take place all around. "Beasts of England" becomes popular among the animals throughout the countryside despite threats of punishment.

In October Mr. Jones and his men, along with a handful of others from neighboring farms, attempt to retake Animal Farm. In the ensuing battle, Snowball takes the lead. Deriving strategies based on his readings of Julius Caesar, he directs the defense and counterattack. He launches two waves at the intruders and then instructs the animals to retreat, luring the men deep into the farm as a trap. During the battle, Snowball is injured by some pellets from Jones's gun, and a sheep is killed. Boxer knocks a farm boy unconscious with a hoof. Thinking the boy is dead, the horse is racked by guilt. All the animals take part in the battle except for Mollie, who hides in her stall after the first gunshots.

The animals celebrate their victory by singing "Beasts of England" and raising their flag. They bury the dead sheep and award him the newly created honor, Animal Hero, Second Class. Boxer and Snowball receive Animal Hero, First Class for their bravery in the event, now called the Battle of the Cowshed. The animals display Jones's rifle, which he dropped during the men's retreat, as a trophy by the flagstaff. They agree to fire it on the anniversaries of the battle and their rebellion.

The pigs' attempts to spread the message of their rebellion to other farms mirrors the effort of the Soviet Union to spread communist ideals around the world in the early 20th century. Other countries, including the United States, made their own special efforts to contain these messages and counter the spread of communism in Asia, Africa, and South America. The same was true in England throughout the 1920s, 1930s, and 1940s. Even after World War II and Animal Farm's publication (1945), this struggle and the Cold War became defining features of 20th-century history. Many of the scenarios politicians presented to counter the growth of communism touched upon the same topics the farmers presented: famine, shortages of goods, torture. While the farmers' predictions have not come true at this point in the novel, many of them will by the end.

As of right now, however, the animals still believe their farm is superior to any run by humans. They are willing to fight to preserve their way of life. Snowball's leadership in the Battle of the Cowshed is notable because he is the only pig whose actions are specifically identified in the narrative. Without Snowball's strategies, the animals might not have defeated the human intruders. Whatever actions the other pigs take during the battle, including Napoleon's, are not notable enough to warrant specific mention, although the pigs do appear to be active in the battle rather than supervisory.

Furthermore, Snowball's ideals about Animalism are decidedly pure. When Boxer experiences his crisis of conscience, thinking he has killed the boy, Snowball scolds him for feeling guilty, saying the only good human is a dead one. This exchange raises an additional conflict of ideals. Boxer's commitment to Animalism is as total as any animal's on the farm, yet he is strongly opposed to taking life, even human life. The exchange raises the question of whether violence is ever acceptable, even for a justifiable end.

Mollie's notable absence from battle once again underscores how she is really not as drawn to Animalism as the others. In many ways she has reason to resist. Her life under Mr. Jones was relatively good. She had a place of honor as his public horse; she was decorated with ribbons and rewarded with sugar cubes. If Jones and his family are the ruling class, Mollie represents the upper class, not herself a ruler but still one who benefits directly from the rulers. She is reluctant to lower her living standards for the ideals of Animalism. Like many members of the human upper classes who faced the upheavals of communist revolution in their countries, Mollie is not greedy or power-hungry, but she's had a good life under the old system. Not cut out for hard physical labor, she has no reason to desire change or to risk herself to preserve the new order. 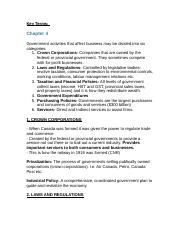