Not a very strong public speaker, the pig Napoleon rules the farm through strong-arm tactics and cunning. He makes the farm prosperous but keeps most of the wealth for himself, working the other animals with a level of efficiency that borders on the brutal. He is ruthless toward his enemies, ordering the executions of those who dare to cross him. Napoleon represents Soviet leader Joseph Stalin.

Snowball is a pig on an equal footing with Napoleon after the rebellion, and his intelligence and planning ability become assets to the farm. His use of military strategy wins the Battle of the Cowshed, and he originates the plans for the windmill. His popularity and his ability threaten Napoleon's ambitions, so Napoleon exiles him from the farm and makes him a scapegoat when things go wrong. Thus his achievements are erased, and history is rewritten to vilify him. Snowball represents the banished Russian leader Leon Trotsky.

Mr. Jones's neglect and mistreatment of his animals spark them to rebel against him. After the animals take over the farm, the threat of his return is used to keep the animals from protesting and allows the pigs to get their way. Mr. Jones represents Tsar Nicholas II.

Squealer the pig acts as Napoleon's mouthpiece, persuading the animals that the pigs are working in everyone's best interests. He presents information, such as false statistics, that misleads the animals into believing what he says is true. He is a master of propaganda, modeled after the Nazi propagandist Joseph Goebbels, and his energetic speaking style makes him an appealing orator.

Boxer the horse believes every problem can be solved with hard work and persistence. His strength and work ethic make the building of the windmills possible, and he is a mighty asset in battle. All the animals look up to him because his belief in Animalism is pure and his intentions are good. However, his lack of intelligence and his naiveté cause him to follow the pigs blindly, and they "reward" his hard work by selling him to a slaughterer when his health fails. Boxer represents the proletariat, or working-class people.

The old boar who originates the principles of Animalism and encourages the rebellion, Old Major, is revered by the animals. He dies shortly after presenting his vision to the animals, so he does not live to see how his fellow pigs corrupt his ideals over time. Old Major is often interpreted to represent Karl Marx or Vladimir Lenin.

Possibly the most intelligent animal on the farm, the donkey Benjamin is prevented from becoming useful to the rebellion by his cynicism and belief that nothing ever really changes. He might have the capacity to educate the animals about the pigs' intentions, but his silence allows the pigs to take over unimpeded. 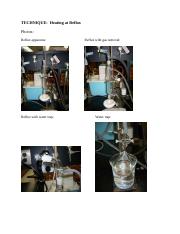 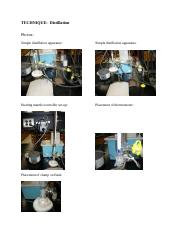 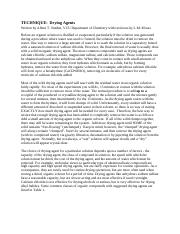 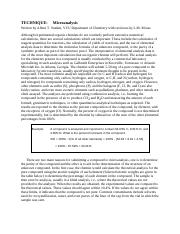 View all
I will provide supporting document below - Please original work since they have way to check for plagiarism - Assignment: Theoretical Paper Developmental theories attempt to explain the changes that h
A way to think of punctuation that you might find helpful: Run ons/comma splices are one of the most commonly made error listed in this chapter. Here is a handout I created some time ago that might be
What is an abstract and what is it used for in a research paper? Please cite your references in APA Thank you
I need to know which type of faulty persuasion is used in the following questions:- This country has never faltered in the face of adversity. Our strong, united military has seen us through many troub
Cite This Study Guide