The fame spotlight shines on John the Savage in Chapter 11. An oddity to the test-tube population, he is invited to tour various facilities that show him the World State's culture. He and Bernard visit a meteorological observation deck and a helicopter assembly line factory where John observes the Gamma, Delta, and Epsilon clones. The sight of a factory full of identical people makes him vomit. Next they drop by Eton, a prestigious prep school for Alpha and Beta boys and girls. In a geography class he is upset by a video about his reservation that focuses on the Indian custom of repenting their sins by lying on the ground in front of a replica of a crucified Jesus and then flogging themselves. John is told that the students read only reference books approved by the World State—no Shakespeare—and is shown the conditioning soundtrack rolls in the Hypnopaedic Control Room. Instead of being awed by all of this technology, John is confused and saddened.

Bernard is enjoying his popularity as John's guardian. People desire invitations to his parties, and girls eagerly agree to spend time with him. In his reports to the Controller, Bernard offers his analyses of John's reactions to the stops on his tour of civilization, the savage's thoughts on soma usage, which he hates, and John's dislike of the conditioning that keeps the adults childlike in their behavior.

That evening John watches a Feelie with Lenina, but he detests the movie's sensory effects.

Bernard's excitement over his popularity since his return with John the Savage fills him with a courage based on false assumptions. He thinks people are truly delighted to be around him, not realizing that they are using him to get to know John. Since he is no longer being ridiculed for his surliness, he develops a charitable attitude toward the World State. Misinterpreting the phony companionship of his peers and superiors, he feels safe criticizing various policies and offering his nonconformist views. Blind to the effect of his openness, he never hears people's asides that he will "come to a bad end."

Linda receives no attention since her return to the World State. Her unattractive physical appearance and signs of age repulse anyone she encounters. She doesn't mind this rejection because she quickly becomes addicted to the soma she has desired for 20 years and convinces the doctor to prescribe enough to keep her on a permanent soma holiday. John is upset over this and refuses to accept Dr. Shaw's explanation that although this might shorten her life span, it extends her happiness. The doctor's response proves that some people may truly believe that reasonable-sounding rationalizations will excuse their negative behavior. The World State's defense of controlling history and reading material as a way to keep the population safe and happy is one example of this illogical justification.

The government finds it acceptable to keep Linda in a soma-induced coma. They don't want her to cause any more embarrassing scenes. Huxley intends Linda's drug usage to show that some people may prefer drugs or alcohol to an intimidating reality. The people's rejection of Linda, like Lenina's disgust at the smelly people on the Reservation and the decrepit elderly Indians, are two examples the author offers to support his theory that people often prefer to avoid the dark side of life, no matter the culture. 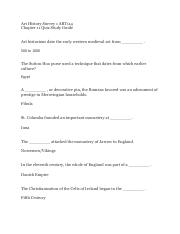 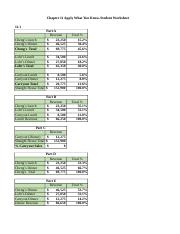 Apply what you know Chapter 11 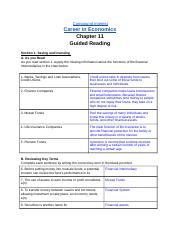