Bernard's popularity evaporates when John the Savage refuses to leave his room and join another social event. Although Bernard cannot understand the Indian phrases his guest is yelling, he gets the gist of them when the young man spits on the floor. The Arch-Community-Songster of Canterbury is outraged, thinking Bernard has tricked him into attending the soirée. The Headmistress of Eton and the Director of Crematoria and Phosphorus Reclamation discuss the rumors about Bernard's supposedly tainted fertilizing fluid with Fanny Crowne. Henry Foster shows his true feelings about the conditioning expert when he mentions that the former Director was planning to banish the man to Iceland. Lenina is sad because she doesn't understand why John acts as if he likes her and then abandons her when they have a chance to be alone. That evening she had planned on explaining to him how she liked him more than any other man. Instead, she reluctantly leaves with the Arch-Community-Songster. Miserable about the rejections, Bernard reverts to his former surliness and blames John for his rejection. John responds, "I'd rather be unhappy than have the sort of false, lying happiness that you were having here." Helmholtz proves to be a true friend by joining Bernard for evenings of open conversation. Helmholtz and John find an easy relationship by sharing poetry and Shakespeare, though, and Bernard's jealousy flares.

True friendship versus a false "fool's gold" association is the focus of this chapter. All of Bernard's superiors eagerly accept his invitations to his social events because they want to meet John. The young man from the Reservation is currently the most popular person in the London World State, and they want to be a part of the inner circle. Their quickness to turn against Bernard and to once again denigrate him by openly discussing the rumors about the fertilization mistake that made him an inferior Alpha prove they were using him for their personal gain. But Helmholtz demonstrates his true friendship by forgiving Bernard for ignoring him while his fleeting fame spread. He exhibits the core quality of an honest companion with his sincere giving instead of taking and by not expecting any reciprocal treatment.

Bernard reveals his own insincerity for honest relationships by encouraging vengeful plans. He knows he doesn't have the social position to harm the most superior leaders of the World State, but he has the means and opportunity to cause problems for peers like Henry Foster. Jealous of John's and Helmholtz's immediate camaraderie, Bernard interrupts the times his guest reads Shakespeare to them. He yells "Orgy-porgy" in response to a Shakespearean line about unity, and he scoffs at the words "Reason in itself confounded/Saw division grow together," distressing John and Helmholtz.

As a professor and writer of propaganda, the latter understands that the purpose of writing is to offer people a glimpse of happiness. His successful propaganda has shown him that people seek the soft, supple skin beauty products offer, the passion of the sensory explosive Feelies, and shallow, no-strings-attached sexual relationships. He knows words evoke emotional responses, though, and they can frighten those who have never faced theirs. During a lesson at the college, he introduces his own thoughts in a poem he wrote about being alone. He is aware that the subject is forbidden by the World State, but he wants to see if his words can arouse emotions in his students. They do. He is almost fired because of their subversive nature. Still, Helmholtz is not dismayed about the negative limelight. He has found his genuine writing voice and is not afraid to share it. 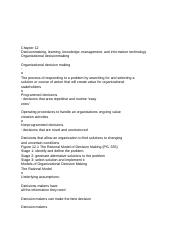