Born to an unwed mother and a father of questionable origin, Candide grows up in his uncle's castle. He is a devoted student of his tutor, Pangloss, and secretly pines for his cousin, Cunégonde. After his expulsion from the castle, he travels the world in search of the woman he loves while slowly coming to understand that Pangloss isn't always correct. Candide's life experiences turn his optimistic outlook upside down, and he eventually realizes that philosophy has no place in daily life.

Pangloss is the tutor at Thunder-ten-tronckh. A devout follower of the philosopher Gottfried Wilhelm Leibniz, he firmly believes in philosophical optimism, which essentially argues that everything that happens is for the best. Pangloss is hanged for heresy by the Portuguese Inquisition and then reappears as a slave on the galley ship headed for Turkey. He no longer believes this world is "the best of all possible worlds," but, out of force of habit, he can't bring himself to give up philosophical optimism.

Young and beautiful, Cunégonde instigates the kiss that results in Candide's expulsion. Soon after his departure, she survives rape and disembowelment at the hands of a Bulgar soldier, which thrusts her into a life of sexual servitude. She is sold from man to man across the globe, and as her beauty fades, so does her status. By the time Candide finds her, she has grown ugly and mean and is working as a household servant.

A German scholar who has fallen on hard times and has a bleak outlook on life, Martin serves as Candide's companion from South America to Europe. His pessimistic nature fascinates Candide, as does his adherence to Manichaeism, a religion that emphasizes the presence of original sin. While others are aghast at human suffering, Martin is never surprised by misfortune.

Cacambo has traveled all over the world in a variety of positions, and Candide hires him as a valet for his trip to South America. This is a good choice; Cacambo is as comfortable evading danger in a city as he is trekking through uncharted territory. He adheres to no particular philosophy, instead focusing only on how to survive in the present.

The Young Baron inherits nothing after his parents' death, yet he remains obsessed with nobility. He is assumed dead after his rape at the hands of the Bulgar army, but he recovers and finds a place for himself with the Jesuit order. He is sent to command a border post in Paraguay. He vehemently opposes the proposed marriage between Candide and his sister, so Candide tries to kill him. He reappears on the ship to Constantinople, haughty and arrogant as ever. He is soon ejected from the group and sent back to the galleys. 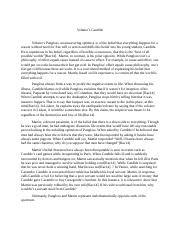 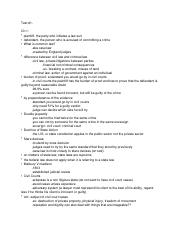 View all
Discussion - Gathering materials and support Jesus spoke on topics that aroused the curiosity of listeners and connected with people on a personal level. Jesus spoke with authority. Furthermore, Jesus
Is this the correct way to format in APA for a reference for an article Tudor, K., Berger, J., Polivka, B., Chlebowy, R., & Thomas, B. (2014, November, 1) NURSES' PERCEPTIONS OF FAMILY PRESENCE DURING
What is the Reader-Response Criticism for the poem Ralph Waldo Emerson:The rhodora
I need 2-3 pages research paper, on Eric Schlosser book " Fast Food Nation". Just need to look up a critical review of Fast Food Nation. The review should focus on the nature of Schloser’s evidence –
Cite This Study Guide