A portrait of No. 1 hangs in every building, practically in every room in every house throughout the USSR. The portrait's ubiquity represents the absolute power No. 1 has over everyone and everything in the Soviet Union at that time. He and his ironic gaze are inescapable, as is his capricious wrath and cruelty. The ever-present portrait of No. 1 also symbolizes the power of the dictator to see and hear everything that goes on everywhere. It implies there are spies and would-be spies ready to denounce anyone at any moment and for any reason. On one level the Party may say that it intends the portrait to instill a sense of pride and security in Soviet citizens, but in reality it is a symbol of fear and total control. For many citizens it represents totalitarian repression.

The other portrait in the novel is important in its absence. It is the group portrait of the Old Guard, with each revolutionary leader's image numbered for identification. This old portrait is identified by the blank space on the wall where it once hung but has since been removed. This portrait symbolizes the wholesale liquidation of the Old Guard, of the old ideology, of those whose revolutionary zeal and heroism encompassed the individual as well as human morals and values. It is a constant reminder to Rubashov, and to others such as Wassilij, of the alien nature of the new regime. It represents the new Party's brutality, its willingness or determination to exterminate the past in service of its current historical narrative and its inhumane ideology.

Rubashov's recurrent toothache represents his internal conflict between acceding to the Party and acting according to his conscience. Whenever Rubashov thinks about individuals, about the ideologically illusory first-person singular, his tooth starts to ache. As a former party official his thoughts should be of orthodox Party ideology, not of forbidden "grammatical fictions."

Rubashov's toothache also symbolizes his complicity and guilt. The tooth pains him when he denounces Richard because he's acting for the Party but against his own moral values—even though he doesn't permit these feelings to intrude consciously on his daily life. In prison Rubashov suffers from a toothache when he's being forced to lie at the behest of the Party, to confess his guilt and complicity, to plead guilty to a crime he did not commit. When he tries to reconcile his past with his present dire circumstances the conflict brings on the old familiar ache, which reminds him how incompatible the Soviet past and present are.

The Soviet Union suppressed its citizens' Christian beliefs. Only atheism is acceptable to the Party. Yet the novel contains powerful Christian symbolism that reveals the deep belief that many Soviet citizens hid in their hearts. Christianity represents inner opposition to the Soviet totalitarian regime. For Rubashov, Christianity comes as a memory of the Pietà, an image of a sorrowful Virgin Mary cradling the crucified Jesus.

Wassilij, the porter, is the most Christian character in the novel. He prays silently for Rubashov, even thinking of him as a Christ-like martyr or saint, a lamb sent to slaughter. Christianity in the novel, such as Wassilij's inward recitation of verses from the Gospels, reveals that the Party and No. 1 might not be as all-powerful as they think they are or would like to be. Even in the presence of his daughter, Vera, who would denounce Wassilij to get his apartment, Wassilij nurtures his Christian faith in silent but powerful opposition to the Party. 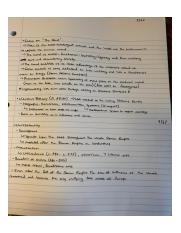 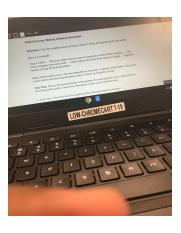 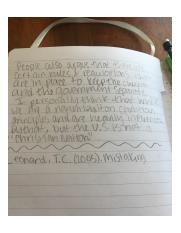 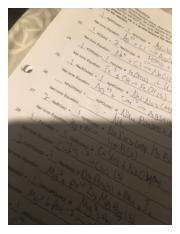 Have study documents to share about Darkness at Noon? Upload them to earn free Course Hero access!