Food is a typical symbol in literature that reinforces bonds between people. Simply sharing meals is a way of strengthening social bonds in real life. In "An Encounter," on their day out in the city, the narrator and Mahony share a variety of foodstuffs: currant buns, chocolate, biscuits (cookies), and lemonade. Even though, as the story reveals, they do not actually like one another very much, by the end of their journey the two boys feel protective of one another. A dinner scene in "After the Race" provides an opportunity (that they ultimately fail to seize) for a group of young men to converse and form closer relationships with one another. Much of the social connection in "The Dead" centers around a dinner party that could, but often fails, to bring friends and family together.

Food and meals also inspire longing. In "Two Gallants" the dissolute Lenehan contemplates the value of a more stable and genuine connection with other people as he eats a solitary and sad meal, a plate of peas in a lonely café. In "A Painful Case" Mr. Duffy is eating a similarly lonely, if more substantial, meal—corned beef and cabbage—as he learns of the death of his estranged friend Mrs. Sinico while reading a newspaper, and is racked with longing for their lost relationship.

For Maria in "Clay," food is both a means of showing affection to the people she cares about and a source of longing for connection. She takes great care to purchase cakes to take to a Hallow Eve party hosted by the grown-up boy she nursed as a child. She goes to one bakery to get penny cakes, but decides to bring something "really nice" and goes to a second bakery to get a slice of plum cake that meets her standards. She wants to make her friends happy with her gifts, but she also wants to bring them something of value, so she will be valued in return.

Drinking can represent an occasion for forming social bonds. In "The Sisters" Nannie and Eliza Flynn offer sherry to the narrator and his aunt, providing a physical means for them to share their grief about Father Flynn's passing. Alcohol lubricates the relationships formed between Jimmy and his European and American acquaintances in "After the Race." As amoral and opportunistic as Corley and Lenehan are in "Two Gallants," their drinking together solidifies their relationship with one another. In "Grace" the world of the pub has provided Tom Kernan with a group of loyal friends who are willing to quit drinking themselves in order to help their friend abandon the bottle as well. In "The Dead" a pivotal moment in Gabriel Conroy's evening occurs when he provides a toast at a party.

In contrast, drinking can also be deeply destructive. In "Araby" the young narrator misses the better part of the bazaar because he is waiting for his uncle to come home from the pub. From the uncle's point of view, his evening out is nothing extraordinary, but it crushes the narrator's dreams by causing him to miss the bazaar. Even as drinking inspires camaraderie among the young men in "After the Race," Jimmy loses an enormous sum of money when he is too drunk to follow the card game they're playing. Farrington's heavy drinking in "Counterparts" leads him to beat his children, and Tom Kernan's drunkenness in "Grace" causes him to injure himself on repeated occasions.

Weather conditions reflect the mood of events in each story or the mindsets of the characters. For example, the narrator in "The Sisters" finds himself feeling incongruously free and happy on a sunny morning, even though he has learned his friend Father Flynn has just died. While Father Flynn was a teacher and friend to the boy, the visits to the dying priest also represent something of a burden for the child, and the sunlight reflects this release for him. A hot sunny day awaits the two boys who escape school to explore the city in "An Encounter," reflecting the joyous freedom they feel at the start of their day. As the day grows hotter, this freedom begins to feel like a burden to them. "Two Gallants" takes place on an overcast evening in August, mixing the "mild warm air" that grants freedom to Corley and Lenehan with "grey," reflecting the clouds in Lenehan's thinking about his life's course. The final story, "The Dead," ends with a snowstorm, reflecting the chill Gabriel Conroy feels as he contemplates mortality, but snow also covers the world and obscures detail, which represents how Gabriel's own sense of self is obscured by his thoughts. 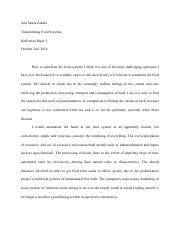 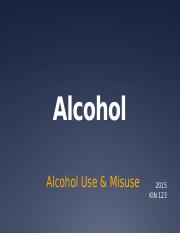 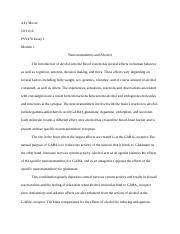 View all
need help on my grammar, citations, and annotated summary my knoeldge a summary have to have 1) summary 2) why is it worth it 3) how I'm going to use it which sources should be in italics? Annotated B
Considering how David Suzuki ended his discussion, why do YOU think companies like Monsanto are fighting against laws to label genetically modified foods? Why do you think these labeling laws are not
Organic foods are produced differently than non-organic food. Why is this? Explain in 3 to 5 sentences.
The costs between non-organic and organic food types differ, why is that? Explain in a short paragraph.
Cite This Study Guide