Every generation in East of Eden reflects its own battle between good and evil, whether perceived or real. Samuel Hamilton battles his wife's imagined evils every day, with good humor, whereas Adam Trask's mother, by killing herself, fights the evil that has come to her in the form of disease. Adam and his half-brother, Charles Trask, suffer from their father's preferential love for Adam and unwanted push to put Adam into the cavalry, an action that brings out the evil in Charles. Charles loves Adam, but when he sees Adam receiving the attention and love he wants as well, Charles is unable to fight his demons and violently attacks Adam, nearly killing him.

Unlike Charles, who struggles with his nature, no battle between good and evil occurs in the daily life of Cathy Ames, who is completely evil and unable to see any good in people. Indeed, in Cathy's circle evil triumphs and people die at her hands. She destroys a teacher, kills her parents, tries to destroy a whoremaster, shoots her husband, abandons her babies, kills her madam, and keeps her prostitutes addicted to drugs so they will perform the violent acts her clients crave.

The battle passes on to the next generation of Trasks, with a legacy of evil from Cathy as well as Adam's experiences with his brother and inability to be a parent after Cathy leaves. Cal and Aron have a similar relationship as Adam and Charles, but Cal catches himself being cruel and Aron questions him about it. Cal begs God to help him be good but does not realize the decision is in his hands until he finds his mother and realizes he need not be like her.

Still, Cal is unable to resist taking revenge when Adam rejects his gift, and the result is the loss of his brother to the army and to battle. Abra and Lee, both forces of good, help him reconcile with his father.

In East of Eden, the theme of inheritance appears in two ways: the inheritance of money and the inheritance of character. Inheriting his father's questionably attained money, although Adam doesn't believe it to be tainted, allows Adam to settle in California and start a new life. Inheriting money will allow Cal to be taken care of because he will inherit Kate's money—even more tainted—which she has left to Aron, who dies in battle.

However, Cal is more concerned about inheriting her character. He struggles with his identity as the son of a depraved, sadistic, and corrupt prostitute. Believing himself doomed to evil, he frequently succumbs to the urges within him and inflicts cruelty on his brother. When he feels guilty for his actions, he repents and tries to reform. In his talks with Cal, Lee brings up the idea of timshel, the Hebrew word meaning "thou mayest"; it signifies that one has a choice to avoid sin. However, Cal initially does not recognize the possibility of a choice; he cannot shed his inheritance of evil and hate until he sees Kate and realizes he does not want to be like his mother.

Charles's violent reactions to his brother, Adam, are a direct result of the rejection he experiences from their father, Cyrus. Cyrus treats Adam with love and ignores Charles, In fact, Cyrus never uses an expensive and practical gift Charles gives him but takes the stray dog, Adam's gift, everywhere. Charles cannot overcome this lifelong rejection that stains his view of Adam, the brother he loves. Although he misses Adam when they are apart, Charles cannot get beyond his jealousy, fueled by the rejection.

Cathy rejects her children when she leaves Adam and the twins, and Adam's inability to be a good parent to his sons is another form of rejection. The boys are left to Lee to care for, but Lee is determined to bring Adam into the father role as soon as he can. Aron's looks are delicate and beautiful, like Cathy's were, and make people gravitate toward him rather than toward Cal, who feels the sting of that rejection, too. He also feels, wrongly, that Adam loves Aron more because Aron looks like Cathy. When the boys are older, Adam rejects Cathy, realizing the depth of her depravity. He gives her what is due to her, nothing more, and she can no longer manipulate him. This rejection makes her sting and, for the first time, realize she is missing something positive by having left her family.

Furthermore Adam's rejection of Cal's gift is a climactic moment in the story. Although Adam has strong feelings about moral responsibility and fair treatment of workers and farmers, he becomes self-righteous and ungracious in his behavior toward Cal's noble gesture and genuine desire to help his father. 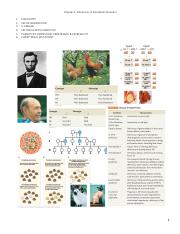 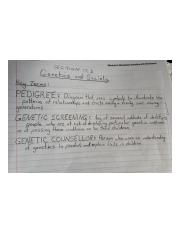 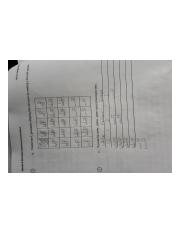 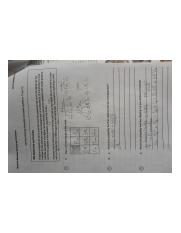 Have study documents to share about East of Eden? Upload them to earn free Course Hero access!