The mixtapes (a mixtape is a compilation of songs recorded onto a cassette tape or CD) Park and Eleanor make for each other symbolize their growing romance. A shared love of edgy, nonmainstream music—often made by outsiders like themselves—creates a strong bond between the two, as do the comic books they read. When Eleanor and Park are apart on weekends, Eleanor listens to his mixtapes to fill the empty hours; she feels he's with her when she hears the songs. Eleanor and Park listen to the mixtapes on their Sony Walkmans, the first personal, portable music devices; their listening is a central part of the private world they create.

Park's father, Jamie Sheridan, is a traditionally masculine type who believes it's essential for his sons to do "manly" things, such as learning to drive his truck, which has a stick shift. Until Park learns to drive the truck, his dad won't let him drive the family car, a fully automatic Impala. When Park decides to drive Eleanor to Minnesota so she can escape her abusive stepfather, his dad says that Park can make the trip only if he takes the truck. The trip symbolizes Park's transition from boy to man. After Park comes home from the trip, he no longer takes the bus to school. Instead, he drives himself.

Shakespeare's play Romeo and Juliet, about a star-crossed romance between two teens, parallels Eleanor and Park's own fraught romance. As in the play, Eleanor is warned by her family to stay away from the boy she loves. But Eleanor, for one, doesn't necessarily see the connection.

In English class Eleanor and Park read and analyze the play, and they react to it in starkly different ways. Eleanor says, "I just don't think it's a tragedy," although her teacher, Mr. Stessman, insists, "It's the tragedy." The way Eleanor sees it, Shakespeare is making fun of Romeo and Juliet, who are "just two rich kids who've always gotten every little thing they want." But Park says the play has stood the test of time because "people want to remember what it's like to be young ... and in love." Later, when Park tells Eleanor he loves her, he's worried about how she will react because he remembers her distinctly unromantic reaction to the play. 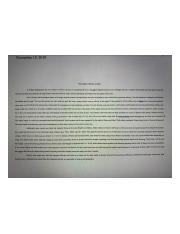 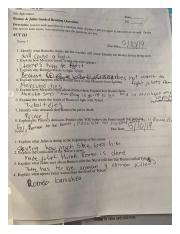 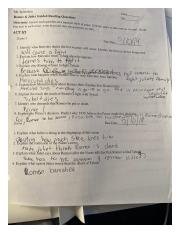 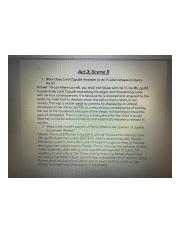 Have study documents to share about Eleanor and Park? Upload them to earn free Course Hero access!